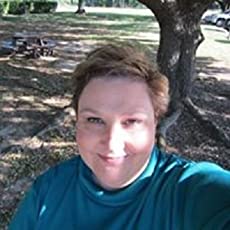 Susan Byrde is the author of the romantic suspense series Abby’s Road and the picture book The World is Mine. After earning Masters degrees in both Education and Business, Susan has spent the last several years pursuing her dream of becoming a published author. She uses her experiences as a classroom teacher and other professional positions to create realistic and relatable characters in her newest series, The Ivy Greene Mysteries. Susan is a member of the American Christian Fiction Writers and has served as a judge in several writing contests. Susan makes her home in East Texas with her husband, two rescue dogs, and a pair of small parrots. 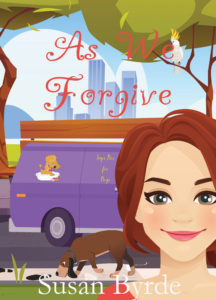 There’s been a murder in Pinnacle, Texas!

The list of people who disliked the victim enough to kill him is a long one, but the local police have focused on just two people: Ivy Greene, the one who discovered the body; and James Williamson, the mechanic who recently returned to his hometown.

Ivy has enough on her hands as the single mother of a precocious six-year-old daughter and the owner of her own small business. Adding amateur detective to the list of her daily duties isn’t something she wants to do, but she feels compelled to find justice for the man that even she’d never liked.

As Ivy sorts through the clues, she also works to help her daughter understand the true meaning of the words contained within the Lord’s Prayer. AMAZON

What do a leprechaun, a piglet, and the Bible have in common?

Ivy Greene is a single mother who makes her living as a mobile dog groomer in her hometown of Pinnacle, Texas. When word begins to spread around town that there have been a string of pet thefts, rumors start to circulate, and fingers start pointing in Ivy’s direction. Ivy soon learns that she is the prime suspect in the police investigation. Almost as quickly, her clients begin canceling appointments, making her worry about her little business’s future.

Then one of her favorite clients, a young bloodhound named Bentley, is abducted, further fueling Ivy’s determination to put an end to these crimes.

When she offers shelter to a stranger during a storm, Ivy is given a clue to solving the case, but she has to wonder, can she trust the information provided to her by a man who wears a mask? AMAZON