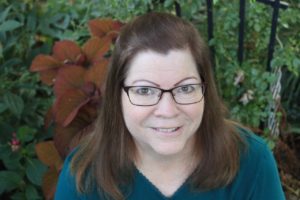 Writing is like breathing to Erin. Stories are running through her mind during most of her waking hours, and by the time she sits down at the computer, the words flow and time ceases to exist.

Erin was raised in Illinois and has lived in many places in the U.S., including on both coasts, but is a Midwest girl at heart. She spent many years as an educator from pre-school through college levels, and currently works in training and internal communications for a global corporation.

When she’s not writing, Erin loves spending time with her children and grandchildren, and playing in the garden (which equates to mostly pulling weeds) at her central Iowa home. Her secret indulgence is plain M&Ms. 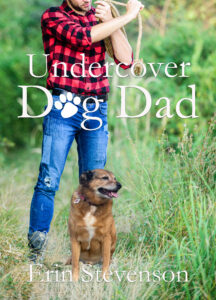 Mallory Morris loves Autumn Springs, Tennessee, and fall is her favorite season of all. It’s filled with crisp, cool evenings, bonfires, football, and lots of visits to the dog park with her canine posse. But a rash of home burglaries is casting a pall over her hometown, and her cousin the sheriff isn’t making any headway in solving them. But all that changes when she meets a scruffy stranger at the dog park, who clearly doesn’t like dogs!

Garrett Alexander agreed to come to Autumn Springs from Arizona to help his old friend solve a puzzling case. What he didn’t bargain for was becoming a temporary dog dad, gaining a beautiful partner with the cutest Southern twang, and having sweet tea constantly pushed on him (the abominable stuff!).

Their resolve to keep things professional changes quickly when they put their heads together—figuratively and then literally. But his life is in Arizona, and hers in Tennessee. They both yearn for love, but a series of misunderstandings puts an end to their dreams. How can they reach their happily-ever-after with 1,600 miles between them? AMAZON 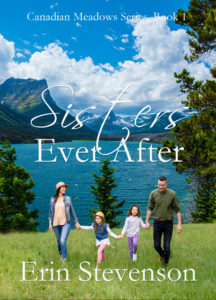 Gianna Harper is living on borrowed time. Newly widowed, she’s struggling to hold things together at home and keep her business afloat while dealing with her late husband’s effects. But something’s not right, and now Gianna is convinced that he was involved in something a lot more sinister than shady business dealings.

Brock Hennessey fled California to make a fresh start in northwestern Montana. He hopes he’s put enough miles between him and danger, banking on a promised job to give his family a new start in a safe place.

Circumstances pit Gianna and Brock against one another, and neither one is willing to give an inch. As their professional dealings grow more acrimonious, their daughters become best friends and suddenly, the four of them are thrown into situations that have them acting, looking, and sounding like a real family.

Set against the stunning backdrop of northwestern Montana, Sisters Ever After is the first book in the Canadian Meadows series. AMAZON 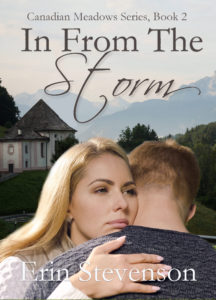 Vanessa Kingston is engaged to the son of the likely next president of the United States. Her life is about to change in ways she never imagined, and her upcoming fairytale wedding is a welcome distraction that leaves little time to reflect on her first love and a past mistake. Then, one phone call uncovers the secret Vanessa thought she had completely hidden, one that threatens to destroy all her future hopes and dreams.

Since a deep betrayal from his wife several years ago, Ben Garritsen has been alone. His longtime career is deeply fulfilling, but otherwise his life is empty. He has never forgotten the woman who first held his heart. Now, a life-threatening situation brings the past to light, and Ben is once again betrayed and faced with more deep pain and heartache that can never be undone.

When they meet and the truth is revealed, old and new hurts surface, but Ben and Vanessa must put aside the past and work together for a greater purpose. Against all odds, they find themselves at a place of healing, but another crisis destroys any hope for reconciliation. Will they ever find their way back to the love they lost, but both desperately want?

Set against the stunning backdrop of northwestern Montana, In From the Storm is the second book in the Canadian Meadows series, a tale of lost love, lost hope, and the healing grace of forgiveness. AMAZON 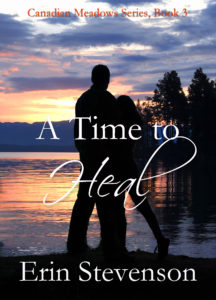 He’s Rand Kingston, internationally acclaimed award-winning actor who left Montana when he was eighteen and landed in Hollywood. Everything he’s touched has turned to gold and he’s never looked back, until one phone call brings him home and causes him to rethink everything he’s done, everything he is. He wants his life to change but has no idea where to go or how to get there. Inspiration will come from a most unlikely place.

She’s Julie Collins, widow and mother of a six-year-old. All she wants is to finish her master’s degree in Library Science, take over the town library for the retiring head librarian, and live a quiet life with her son in Canadian Meadows. The last thing she wants or needs is a wildly wealthy, famous, handsome, sexy party boy. But there he is, hiding out in her library, and for all the things she despises about Rand Kingston, whenever they’re apart, Julie finds herself dreaming of the next moment they’ll be together.

Rand has fences to mend with his family, and big decisions to make about his career. Julie has deep insecurities to overcome, and doubts that she can ever be the kind of woman that Rand could love. What will it take to find their happily ever after?

Set against the stunning backdrop of northwestern Montana, the third book in the Canadian Meadows series is about the wonder and power of the love of family. AMAZON