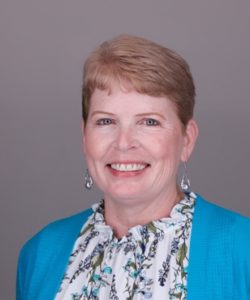 Patty Smith Hall is a multi-published author with Love Inspired Historical and Barbour Publishing. Married to her hero of 33+years, Danny, and the mother of two extraordinary women, she calls North Georgia her home.

Dr. Joshua McClain is heading west but first stops in Hillsdale, Michigan, to break the marriage contract his late mother arranged between him and Katie Clark. Years ago, Katie left him behind in Charleston after the tragic death of her mother. But after a train crash, he comes face-to-face with Dr. Kathleen Clark, his childhood friend all grown up.

When Josh shows up in town, claiming they’re betrothed, Katie refuses to consider an arranged marriage. She’ll marry for love or not at all. Besides, he’s headed for Kansas Territory; her practice is here in Hillsdale. Then why are they both finding it hard to break their betrothal and say goodbye? AMAZON

After ten years of caring for her invalid grandfather, Kallie Huffman is ready for a life of her own. Taking a job in the laboratory of New Hope Community Hospital seems like a logic choice while she waits for her nursing license to be reinstated. That is until she meets Lab Director Jefferson Muster. Kind and intelligent, the handsome doctor is everything Kallie has ever wanted in a man. But what about the secret she carries? What will Jeff think when he learns the truth about her?

Patients are dying at New Hope Community Hospital, and Jeff needs help to discover the culprit before another family loses a loved one. He knows the pain of losing a loved one to an unknown virus. When help comes in the person of Kallie Huffman, the walls Jeff has constructed around his heart after a family tragedy start to crumble. But Kallie is hiding something? Can two people shaped by heartache trust in a life long love? AMAZON

A Lady on the Run

After her brother dies protecting her honor, Cynthia Gowan runs halfway around the world to Stoney Creek, Wyoming, hoping to build a new life far from her home in York. But her tea room–her only means of making a living–may never open, not if U.S. Marshall Reed Chaffee has any say about it.

A Marshall on a Mission

U.S. Marshall Reed Chaffee has a job to do–close down the notorious bar where the territory’s most violent criminals found a haven. He never expected to find a lady like Cynthia Gowan there, nor does he believe her claims that she plans to turn it into a tea room. Cindy and Reed agree to work together catching the bar’s lawless patrons while opening the tea room, neither expect the tender feelings that blossom between them.  AMAZON