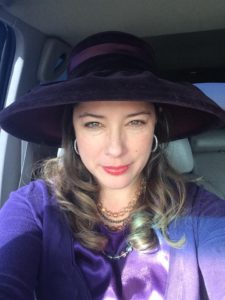 Stephanie Guerrero has a passion both for living real life adventures and for the power of writing a redemptive story. She specializes in adventure romance! When not writing,she enjoys hiking, travel, exploring, research and all things chocolate. Christ is her inspiration in all things. Her husband and four children make “living the adventure” a joy.
On the side, she is co-founder of Sister 2 Sister Women’s Ministries and has actively ministered to children or students for 30 years. A member of ACFW and a former educator of middle school reading & writing, she loves to continue to hear from her readers! Follow her blog today! 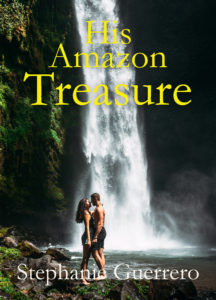 “She’ll be my most priceless treasure because she’ll choose me. Even though I have everything she could ever need or want, she won’t want me for those things.”

“Nothing pleases me more than finding a lost treasure, an overlooked discovery ignored by the rest of the world.”

World’s Most Eligible Bachelor, on love and business.

A rare cocoa discovery sends heartthrob, Marcus Diamante, to the jungles of the Andes. Jumping at the rare chance for solitude, he leaves immediately. Trouble follows when famous model, Gianna Santorini, steals aboard his jet, threatening scandal.

Already overwhelmed, unexpected sparks fly when feminine scientist turned mountain guide, Faith Aguilar, is tasked with leading his secret expedition. Complications occur when a near fatal accident in the jungle forces him to choose: assist his injured guide or follow the model into the jungle to clear his good name. AMAZON 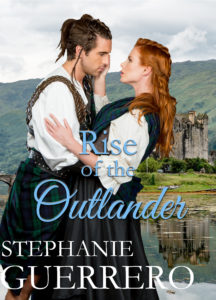 As hard as Magnus Stewart MacDonald works to be worthy, someone blocks his every move. Already the clan runt and disappointment to his family, his loss in the Highland Games pushes him to the brink of despair. In a twist of good fortune, Magnus rescues an Earl’s daughter giving him a path to compete for glory and the lady’s hand.

Even an Earl can’t change the Stewart blood running through his veins. When his bloodline pits Magnus against the newly crowned King James Stewart, he’s forced to decide between safety or fighting for his birthright and his lady.

Will Magnus choose the refuge of the Glen or emerge to push back against a vengeful King after his Stewart blood? Surviving isn’t good enough anymore. It’s time to go beyond every obstacle and risk everything in a battle for the ages…

Set against the dramatic

Highland War of the Stewarts

for Scotland’s royal throne and the rise of King James I. AMAZON 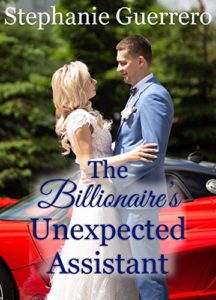 Brilliant but impulsive, Billionaire Jace Sheridan’s world is in chaos. With a Midas touch and a mind that bores easily, Jace leaves behind a world of unfinished details for his frazzled staff. When the calm, efficient manager of a convenience store unwittingly brings order to his day, he hires her as his personal assistant on the spot.
Kindness gets her in trouble. While incognito, her Royal Highness- Princess Lucy Christianson offers assistance to a soot-covered, motorcycle-riding firefighter only to discover she just aided the one man her family wants her to marry. Mistaken for the manager of a gas station, she has two options: take the position he spontaneously offered and get to know the real Jace Sheridan or run. How hard can being a personal assistant be? She’s had one her whole life.
When a royal shake up leaves Lucy forced to ascend the Jublanovian throne, Jace discovers the unexpected truth about his assistant. Now he must decide if loving the billionaire’s assistant is worth a lifetime of serving her.

Will Jace step up or run when she needs him most? AMAZON 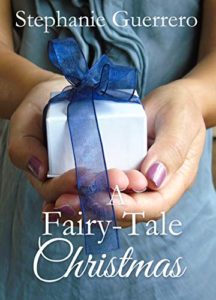 Mitch Torres is prepared to dig in his heels. Participating in a jolly Christmas game…? Not happening. After all the sorrow and suffering he’d seen as a war correspondent, a Secret Santa game feels trivial. He can’t deal with people right now. Surviving daily requires all his energy, yet the boss’ memo makes participation mandatory. Partnering with the administrative assistant seems the wisest course of action.

Isabella Farias knows Mitch’s romantic side exists, but the man who returned from the front lines seems to have forgotten it. After drawing his name in the office Secret Santa game, her goal for the month is simple: draw him out of hiding. Fairy tale reminders permeate the thought behind every gift as a reminder that dreams can come true, but with every gift, something changes.

Seeking Isabella’s help unlocks a greater fairy-tale than either Mitch or Isabella can dream up. Secrets, laughter and ‘happily-ever-after’ abound in this novella of a Fairytale Christmas. AMAZON

Pastor Augie Trevino desires two things above all else: to please his Heavenly Father and to love a woman as passionate about loving God as he. But can a pastor be enthralled with a wife and still give his whole heart to God or will he have to sacrifice one for the other?

As a young girl, Virginia Hampton feels the call to serve God alongside a future husband, but life has a way of beating faith down. When God divinely brings the man He has planned, will she still desire her divine calling or will the trials of life cause her joy of serving to crumble? Will the divine desire for both endure? AMAZON

Is Happily Ever After still possible? Virginia Hampton is holding out for the right guy, but where have they all gone? A strong, romantic guy who loves God, works hard and treats a girl like his queen does exist, right?

Do nice guys really have to finish last or is the grand prize worth the wait? Augustine Trevino wonders. He dreams of a strong, passionate girl who loves God first, yet being treated like a lady… It seems an impossible dream… until God and the neighbor lady step in to arrange something divine, something neither Augustine nor Virginia expected to find right next door!  AMAZON 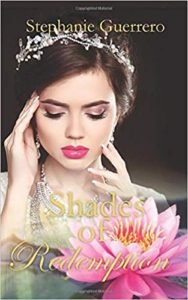 Betrayed by the man she loved: kidnapped and sold against her will to a powerful Chinese government official, Anastasia has done nothing to warrant such treatment. Yet the hand of God is with her: protecting, directing, and positioning her for His purpose. Rising to power, she’s confronted with a choice: free the man who destroyed her life, or let his death sentence be carried out. The man she once loved has done unspeakable things. Some say he’s changed, some aren’t sure.
We all deserve condemnation. The law demands it. Our peers demand it. But only one opinion matters…

What does the JUDGE say…?
Black Jade is about to find out.

Nathan Dover, the notorious Black Jade, huddles amidst the sludge and stench of his dungeon-like cell. He staked everything on one last job, but the silver he stole is at the bottom of the ocean, and good riddance. He doesn’t want any part of the horrors he lived before. Only God can get him out of the mess he’s made of his life.

God says he is redeemed, but will the one woman he loved, the one he’d betrayed be able to do the same? AMAZON

‘All that glitters is not gold’ in the Roaring Twenties, or is it…?
This romantic suspense swirls with glamor and intrigue in a world gone wild.

Amidst discoveries of a pharaoh’s untold riches and a mad rush to develop atomic weapons, Mae Simmons simply longs for someone to see beyond appearances to her heart. Neglected by family, society, and especially the fellas… she feels invisible!
Yet Webster Dudley, captain of the baseball team and heir to Dudley Industries is different. Mae catches his eye. Claiming her in front of his whole social set, he bestows his coveted gold class ring on the social outcast. Too soon, the War to End All Wars rips him far away into the world of industrial espionage, leaving Mae with nothing but his ring and golden promises.
Then her physicist father is murdered for his Atomic designs. Forced to enter the silence of protective custody, Mae is invisible again. Can Web see past appearances once more? Time is running out to discover where the promise of gold truly lies. AMAZON

Love is the last thing on FBI Agent “Wolf” Davis’ mind. On leave for Christmas, he wants nothing more exciting than to sink his teeth into some good German pastry and enjoy the Dickens on Main even in his hometown of Boerne, Texas. Nothing good can come when his partner, Angelika Muller, shows up with the terrifying news that terrorist sleeper cells are targeting small town celebrations nationwide; and Boerne is at the top of their list. Fighting through two years without leave and secret feelings, Davis and Muller must go undercover as newlyweds to stop the disaster. When a shocking mix up with the chaplain makes their uncover roles a reality; Wolf and Angel must unmask a mole, stop a terrorist, protect the President-elect and untangle the events that just made them partners for life.

Can uncover love survive in the midst of trial? AMAZON

Second son, Prince David Christianson is suddenly heir to a throne. Never great with words, now in addition to the weight of the crown, he has one month to find both a queen for the people and a wife for his heart. Two matches have been found for him: a Nordic princess groomed to be a queen and a Cocoa princess groomed to run an empire. How will he choose? Silvia Diamante has a passion. As heiress to a massive cocoa conglomerate, she is passionate about all things cocoa, brilliant at all things corporate and the driving force behind International Hot Cocoa Day. She longs for a love of her own, and chocolate can only take her so far. When her father’s will forces her to choose between an arranged marriage or losing it all, a forever love may cost more than she bargained for. A Christmas sleigh ride may change her life forever. Carlotta Adamson has a destiny. Since birth she’s been groomed to marry into the Christianson dynasty, rejecting the youngest in favor of his brother, the king. When a tragic accident takes the life of the eldest and thrusts the prince she spurned to the role of king; does she have a second chance? Can she find her way back into the heart and kingdom of a man whose love was once hers?  AMAZON