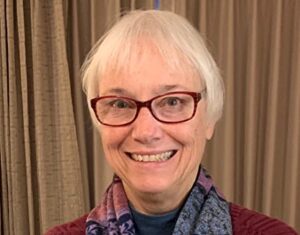 Rosemary Althoff has been fascinated by science fiction from a very young age, pretending that aliens with flying saucers would invade Earth. When she was a student at Decatur High School in Alabama, Rosemary began writing science fiction stories.

She graduated from the University of Kentucky with a bachelor’s degree in English. Then, between jobs and having children, Rosemary kept writing. From Cleveland State University, she achieved her Masters in Communication Theory and Research Methodology. Over the years, Rosemary has worked for professional book publishers and taught at various community colleges and universities. She now lives in New Orleans and enjoys reading, painting, walking, and writing. 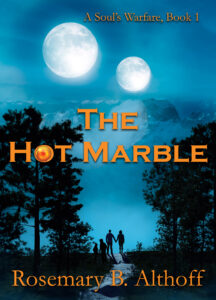 The realms of the supernatural and science come together with spiritual warfare for everyone involved when Patrick and Gracie find the hot marble. Their older physicist brother Lewis analyzes it with the help of engineer friend Fred, and all of them stumble into the marble’s nexus.

It takes them to a world named Lanthra. There, they are caught in a demon-inspired plot to trade Earth’s modern technology for Lanthra’s ancient technology.

Patrick wants to be a hero. Fred betrays his friends. Lewis switches sides.

As for Gracie . . . What can a little girl do to save the universe? AMAZON 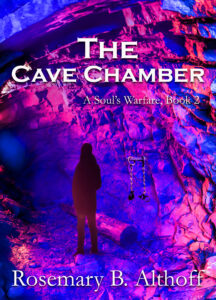 Psychological and spiritual warfare meet when brilliant young physicist Lewis Brahmindura from Earth joins the enemy to protect his brother Patrick and sister Gracie. He has become part of a plot by Saoma followers Lord Charon of Lanthra and a weapons manufacturer on Earth, the Shields, to conquer both Earth and Lanthra. When Lewis realizes the horror he is helping to unleash, he endures intense psychological, physical, and spiritual warfare. Can he do anything to stop it?

Lewis, Patrick, Gracie, and the High Magus Daniel face captivity, even death; Fred Jontz who had betrayed his friends is now the servant of the Bard of Bardia and destined for Lord Charon’s capitol city as huge forces clash. Either prisoners or very small players in the war, all of them are nearly helpless. And yet … and yet a boy in a cave chamber becomes a hero and a little girl finds that she has the power to save the universe. Amazon