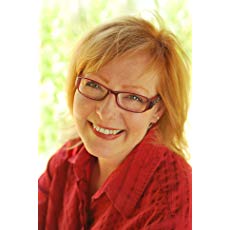 Robin lives in the small town of Rifle, Colorado, with her husband Jimmy. Together, they celebrate with seventeen grandchildren. An award winner for romance and flash fiction, Robin is multi-published and writes stories on her blog for children. Her historical and contemporary romances are wrapped around a twist of intrigue. The Rosita Valdez series for children lends itself to a character building lesson through an adventure. Robin is a member of ACFW, Vice President of ACFW Colorado Western Slope, and member of John316 Marketing Network. She enjoys leading a Bible study group and singing in two community choirs. Robin loves company and challenging her young guests to discover the many giraffes in the obvious and hidden nooks and crannies of their home. You can find out more on her blogs: http://www.robindensmorefuson.com/ http://www.kidbiblelessons.com/ 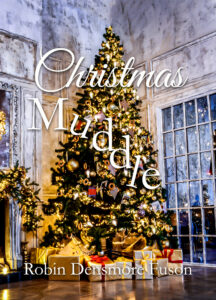 Zachary Hall is an entrepreneur who specializes in construction. He sponsors a different family each year for Christmas. This year, he’s excited over a special plan for the “adopted” family.

A computer glitch partners up Anadara and Zach to sponsor a large family with seven children. This is a huge snag in their plans, but they both trust the person who manages their “adoption” accounts.

Can they work together and pull off a great Christmas to a large family in need?

How many more glitches need to happen to bring these two together for the best Christmas ever? AMAZON 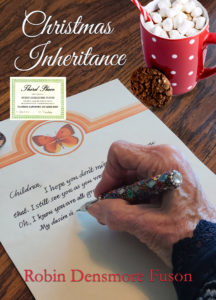 In Denver, Colorado 1966, seeming strangers Annette Lorings and Brad Tice are summoned to a lawyer’s office to listen to a surprising partial reading of the last will of Margaret Chrisholds. In order to receive a mysterious inheritance which will be revealed on Christmas Eve, Annette and Brad together must complete twenty-five tasks over the next few months.

In letters from the grave, Margaret makes it clear she hopes they will establish a romance. The tasks include taking road trips and local outings, visiting museums, cooking classes, helping the less fortunate, and flying to San Francisco where Mrs. Chrisholds met Annette and Brad during their forgotten childhoods. With all the money that’s being lavished on these two in meals, vacations, and expensive clothing, Annette and Brad are lulled into something more than friendship as they grow closer.

The late Margaret Chrisholds might not have the power to manipulate a romance from the grave, but she sure seems to know a lot about the past and present. How will they deal with Brad’s jealous fiancé, Rhonda, and Annette’s paralyzing, dark secret that threatens the inheritance and her future?

Take a trip to the past in this classy holiday romance. AMAZON 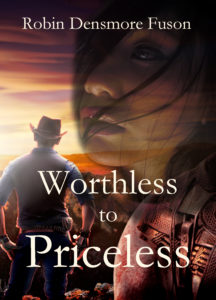 At the tender age of thirteen, orphaned Jenny Low decides to take matters in her own hands and runs away from her captive life in a Ute tribe. Rescued from near death by a kindly teamster, Samuel Baunof, Jenny is sent to live with a family in Glenwood Springs, Colorado in 1886. She learns the truth of wickedness and runs again straight into true evil.

Meanwhile, Samuel holds his head up while facing life’s cruelty head on. A few years later, he crosses paths with the orphaned girl he once rescued. Now a beautiful young woman, Jenny is a God-send in his time of need. Their trials aren’t over and Samuel finds himself tracking her through the wilderness where, unbeknownst to him, someone else is after her too. Will he get to her in time?

Can these two people with completely different backgrounds and beliefs help each other and those around them? Is Samuel able to rescue Jenny from the horror her life has been drawn into? Is his faith strong enough to help her understand that God loves her and didn’t abandon her? Jenny is challenged to accept love and forgiveness even when she feels the world closing in. AMAZON 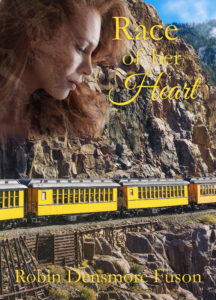 An engaged Jalyn Stewart returns to her hometown of Durango, Colorado following an accident that changed her life and Olympic dreams. A future with Timothy, her lawyer fiancé, moves forward with his new business partnership and their wedding plans. Jalyn’s part-time journalist job brings an unexpected encounter with an old flame and sparks fly. Can she believe him when he says he has changed?

Disturbing messages and threats make her realize, she’s being stalked. Jalyn searches through her mind trying to discover why and who might be the stalker and does it have anything to do with her accident? Nothing points to the answers to her questions, causing more frustration. Jalyn’s faith is challenged as fear clutches her heart and soul.

An electric bicycle race takes Adam Walker to his home town of Durango, Colorado and through the mountains to the historic mining town of Silverton. His heart never got over the beautiful Jalyn after he left, hoping to be rid of the God she lived for. At their first encounter after his return, he notices she wears an engagement ring and his heart plummets. Can he accept them as friends or should he fight for more? Pride and a wager pits cycles against the mighty steam engine in an unheard-of race. Adam must conquer the mountain to win the race and the heart of the one he loves. Through overcoming dangerous obstacles is his new faith strong enough to rely on the Lord? AMAZON

A Christmas novella which tells a twenty-five-year love story. Nurse Rebecca Porter and bush pilot Kyle Warren’s relationship started terrific, tight, memorable and romantic. Kyle swept Rebecca off her feet in a remarkable marriage proposal. Their fantastic wedding day surrounded by beauty, family, words of wisdom and promises made went without a hitch. An unexpected marvelous honeymoon trip took them up in the air to enjoy the rugged landscape of Alaska.

Can their storybook relationship go on without a flaw? Do they have what it takes to dig deep into their souls to heal, grow, and change?

Through the years, Christmas remained Rebecca’s favorite time of year when peace reigned for a day.
Love traveled with Rebecca and Kyle from the snow covered Mountains near Anchorage, Alaska to the vast ocean off Miami, Florida’s coast.

Helicopters, small aircraft, speed boats, and vintage cars marked their mode of transportation in this tale of hearts won through love language, prayer, and perseverance. AMAZON

At first blush, fifty-two-year-old Renee Harris appears to be a confident sophisticated woman. Hidden are the scars of deep pain and fear. A meeting in an ordinary elevator will not only take Renee to the designated floor but also on a journey of discovery.

Chaplain Lance Freeman’s only thought is to help a family in their hour of need though unknown to him, the woman in the elevator needs him more than the family down the hall.

Elevators can be strange things. Full of ups and downs, they may be used as a vehicle to change the course of someone’s life. Renee and Lance are about to find out just how much a chance meeting can alter a person’s direction. Can real love be a part of their new beginnings? Will they allow God to lead and interrupt their lives so they can eventually find peace, joy, and love? AMAZON 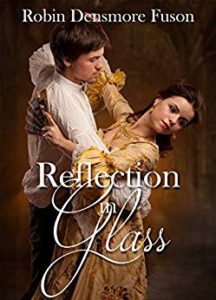 In 1775 Prudence Ainsworth of Maryland Province is about to be married to her lifelong friend, Oliver Duke. The happy couple’s dreams are shattered when conflict between the struggling new Colonies and the Crown of England erupts in war. Four women left alone in a world gone mad. One dog and a handful of servants try to keep them safe from people Prudence should be able to trust.
Where do other people’s allegiance lie? Will each of them survive the conflicts thrown at them and learn to trust in Providence for their hopes and dreams or will the dangers and the passions of others, deprive them of the love and union that every couple longs for? AMAZON 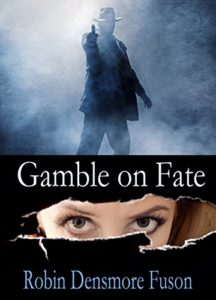 In 1868, Lydia Blaise is visiting her cousin Edith Miller in the picturesque town of Colorado City at the base of the majestic Pike’s Peak. Upon arriving she is given the facts of strange mishaps and of recent threats to Albert, Edith’s husband. With her inquisitive mind she attempts to uncover the culprit. One burning question—just who is the handsome Josiah Chandler? There is definitely more to the man with the gun strapped on his belt than he wants her to believe.

Josiah Chandler is trying to keep a low profile and has been hired on to discover who is trying to kill Mr. Albert Miller. Miller’s beautiful cousin is a pleasant distraction as he tries to unravel the mystery.

Poison, fire, tampering with a rifle, and bullets flying all make for an exciting adventure for Lydia and Josiah. Will they be able to work as a team or will their attraction for each other get in the way?  AMAZON 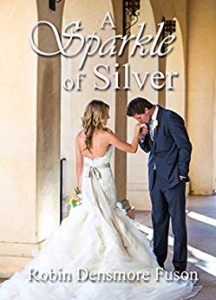 Beautiful, creative Amber Warren and handsome, dependable Jesse Nelson have been best friends since grade school. Jesse’s strength and reliable spirit draws Amber, but can she trust a man with her heart after being jilted by her fiancé?

A strong and self-reliant woman, Amber discovers she will need someone to help her after unexpected news from her parents upends her world. Will Jesse meet the demands of his work and still step up to be the rock she can lean on?

An unlikely source will help Amber conquer the menacing and paralyzing fear gripping her heart. In the midst of a devastating disaster she pulls from deep within her being the courage to look fear in the eye to save the one she loves. AMAZON 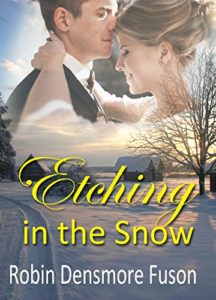 A call from her parents sets Ashley Applegate, on a course to persuade her fiancé, Garrett, to join her in Glenwood Springs, a town in the rugged Colorado Mountains. His parents join them on this adventure to build lasting relationships. The Thanksgiving turkey meal introduces twists to the lives of the families. Ashley’s sensitive heart senses Garrett is up to something and struggles with the trust she knows she should give.

Snow covered landscapes are the backdrop to develop and strengthen relationships with friends and family. Unexpected events bring joy and tears to the lives of this young couple. From snowmobile rides, skiing, and hot mineral springs, to shopping and finding the perfect dress—can you think of a better way to spend Thanksgiving? AMAZON 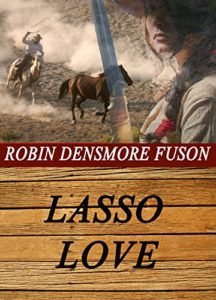 As children, Wesley Jenkins and Eliza Price were best friends. After years apart, would their friendship bloom into love or has another man set his sights on the beautiful Eliza. Veiled messages lead the couple on a frightful adventure high in the rugged Colorado Mountains of 1877. Attacks, injuries, and silhouettes in the night make for a back drop of unease, and questions rise as to whom they can trust. Will love see them through? AMAZON 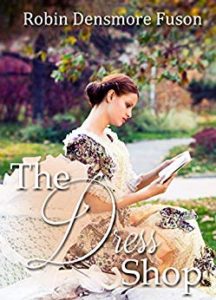 When her father is killed in a train crash, twenty-one-year-old Marian Jamison is left to care for herself and her mother. She admires Thomas Hawthorn, who enters her life by design. Mysterious occurrences and a voice in the night make Marian question her mother’s sanity. She is left not knowing whom to trust, including her own heart. Love and intrigue are woven into an intricate design, fitting perfectly inside the walls of her dress shop, but a loose thread could unravel her entire world. AMAZON 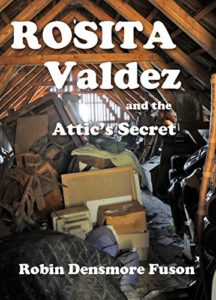 Come on another exciting adventure with eight-year-old Rosie as she uncovers the secret the attic is holding. Along with her best friends, she encounters frightening noises and a clue that takes them all over the island. Pirates are on her mind as she uncovers more keys to unlocking the mystery. Rosie struggles with forgiveness when all is revealed. AMAZON 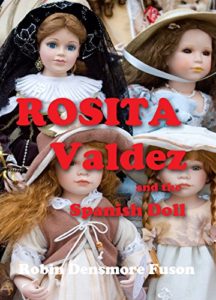 Rosie is back with another adventure, and this time, she is pulled into a mystery at her own birthday party. Will Papa unravel the puzzle? Toby, Rosie’s sea turtle friend, appears and sails her through the water to meet an unlikely friend. Could she be in danger? Rosie demonstrates love, forgiveness, and a willingness to let go as she searches for the truth. AMAZON