Wife and mother of 6, Rita Peterson is an ambitious woman. Along with enjoying time with family, she spends her time reading, writing, homeschooling, maintaining a small hobby farm, and sharing knowledge on her YouTube channel, Everything Homemade. Rita loves to laugh and live life to the fullest on her property in northern Alberta, Canada. 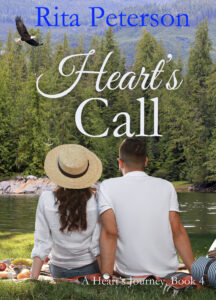 Twelve-year-old Carter Nelson finds himself discovering his true calling when a fascinating young man visits the Pregnancy Care Centre. With an opportunity of a lifetime in front of him, he uses his talents to reach out to a young distraught teen. Befriending her won’t be easy, but the inquisitive boy along with his parents have a plan. Ignoring the teasing and bullying from his classmates, Carter demonstrates the importance of reaching out to others. But it doesn’t stop there, Carter’s day hike with Emily will bring a delightful miracle back into the Nelson’s lives.

Meanwhile Megan Miller returns from Harvard and is now a doctor at the centre. Reality sets in when the pressure is on with a new patient admittance. The patient’s brother’s arrogant comments frazzles Dr. Miller’s mind causing her to lose confidence in herself. With the brother’s constant presents at the centre, Megan’s focus is scattered and she begins to buckle under pressure. Will she have the strength to continue treating patients or is it all too much?

Adyita and Ivy Kumar are expecting their first child together. But that won’t be the only big event in their lives. Unbeknownst to them, something even bigger is about to shake their world as they know it.  AMAZON 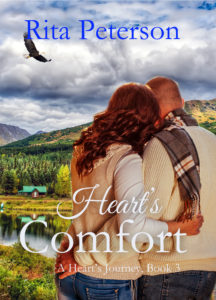 Detective Paul Bryant is at his wits’ end hunting down a recently released convict, but his personal life, devoid of any female relationship, fogs his mind at work. Paul already knows the woman he loves, but finding the courage to ask her out is impossible. Miserable, lonely, and emotionally drained, the detective finds himself battling crime and love at the same time.

Meanwhile Doctors Clyde and Lily Ann Nelson embark on an exciting adventure before winter sets in. With fall in full swing, they set out on the last hike of the season. What could go wrong? A perfect early morning trek on the trails unfolds a chain of events that will push both parents and their son, Carter, to rely on their intuition, perseverance, and faith.

At the same time, Adyita Kumar, is planning a wedding without proposing to the bride first. Flustered and stressed, he takes it upon himself to not only organize the wedding, but plan a proposal only a child would dream up. Can Adyita pull off this risky move? 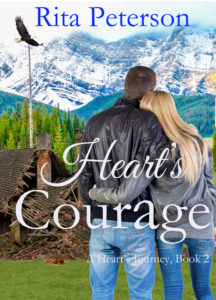 What was supposed to be a smooth, grand opening to the Pregnancy Care Centre begins a chain of events that will test Dr. Lily Ann Nelson’s perseverance. If raising her twenty-month-old son, Carter, didn’t make her busy enough, Lily Ann is pressured by the government to open the centre a week earlier than requested, consequently, now she is short-staffed. To make matters worse, Ivy White, a newly hired labor-and-delivery nurse, becomes deathly ill at the same time as an unconscious teen and her newborn baby show up at the centre. Both Lily Ann and her husband, Dr. Clyde Nelson, face challenging dilemmas.

Adyita Kumar enters the scene, falling for Ivy, and offering tender help for her ten-year-old, distraught daughter, Willow. Adyita’s out-of-character response to this new widow and her daughter surprise the Nelsons, but they appreciate Adyita’s extra aid. Can Adyita connect with Ivy in such a way to bring her back from her secret and the mess she’s made of her life?

Heart’s Courage is a story of courage and hope that will touch the inner core of your heart and ignite unconditional love toward the people in your life. AMAZON 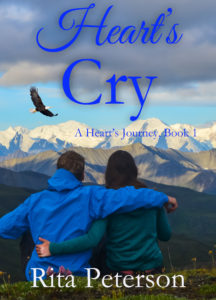 Lily Ann MacBride, an accomplished and respected OB/GYN, is forced to transfer from Seattle, Washington due to the jealousy of an overbearing boss. On arrival in Anchorage, Alaska, she meets a handsome rustic doctor, Clyde Nelson, who stirs up all kinds of emotions she would rather remained buried.

Both doctors find themselves captivated with each other, but are unwilling to let their guard down. Lily Ann’s internal battle with her own self-worth and personal acceptance, mixed with past rejections, prevents her from falling in love. Clyde, conversely, longs for a woman’s love, but needs to mentally and emotionally move on from his tragic past.

Can Clyde and Lily Ann overcome their barriers? Is true love right around the corner? AMAZON