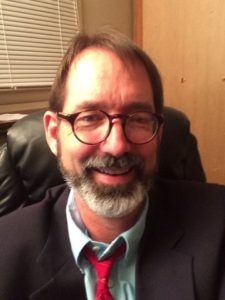 Randall Hay has a B.A. in English from the University of California at Berkeley, a Master of Arts in Religion from Concordia Theological Seminary, a house full of girls, and at least one obsessive-compulsive cat.

He and his wife have their home in Indianapolis, where he serves as subdeacon in the Orthodox Church and re-reads the tattered volumes in his P.G. Wodehouse collection.

On a fateful day Elizabeth finds herself guardian of her four orphaned nieces. She loves the little girls dearly, but doesn’t know how she’ll be able to take care of them and also keep working.

An unpredictable series of events leads her to visit an Orthodox monastery. She meets an elderly monk there, who—like the ancient Christian elders—has insight into her life, future and heart. He suggests that she look for a husband among her old high school friends. It sounds impossible to Liz; but when she checks, she finds there is one person who does indeed fit the elder’s hints: Rob.

Liz hadn’t spoken to Rob since he was fourteen. He had a crush on her then; what will he think of her now? What if she doesn’t like him, or he isn’t the father-type? And how will she find all this out before moving across country to start a new job?

Thus begins a whirlwind, often hilarious courtship…which ends in a way neither of them expects. AMAZON 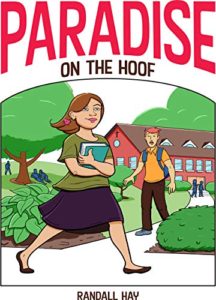 This is the story of Stephen, a freshman at a small Catholic college. He falls head over heels for Isabella when he hears her play a stringed instrument; unfortunately they have a little misunderstanding (well, more than one misunderstanding, really) and things seem hopeless till he enlists the aid of a sympathetic monk.

But just when things are looking up, Stephen’s dangerously unpolished love poem is stolen by the devious lacrosse star Earl, who can see blackmail when it’s sitting on the doorstep. Retrieving the sonnet and trying to get the girl lead Stephen into a series of misadventures involving a jello egg, two porcelain piglets and the Dean of Students.


“In a sea of dark and disturbing literature so akin to our culture, it’s refreshing to come across stories like Paradise on the Hoof. This novel is entertaining but tasteful; humorous, yet not rude or cynical, and it leaves one with the sense that life, though exasperating at times, is still very good.”
Renee Riva, author of Saving Sailor