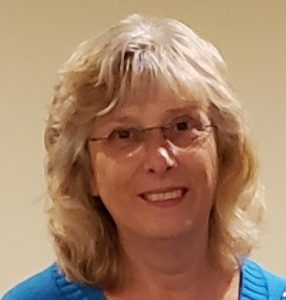 Mary L. Ball is a multi-published Christian author. She resides in the small town of Randleman North Carolina.

Mary leads a busy life babysitting her grandson around the school schedule. She also volunteers at a local nursing home, where her mother who suffers with Alzheimer’s and her stepfather who has Dementia, reside.

Along with her husband, they enjoy ministering with southern gospel songs in various churches, and nursing homes.

When she has some down time, she likes to fish and sit on her porch with her laptop, enjoying nature.

Readers can connect with her on her web page, Face Book or Twitter. 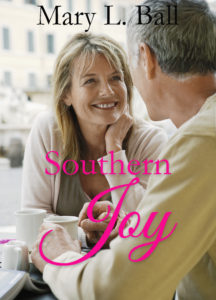 Robin Young has worked for one of the largest audit and assurance firms’ in Ohio for thirty years. Her career has left little time for relationships. After receiving an urgent call from her sister’s neighbor, she hurries to the small southern town of Fairhope, Alabama.

The ambiance of Alabama has Robin contemplating life and meeting Tucker Ray, the quintessential “good ole boy” of the south, adds to the charm.

Her stay in Fairhope uncovers a secret, and a chance for love, but the Buckeye state is where she belongs.

Can Robin accept change and unravel matters of the heart?

A woman with life mapped out, a man without a plan.

Virginia Howard runs a mission called Hand-n-Hand. She enjoys sharing her faith and making life better for those less fortunate, especially around the holidays. This year Christmas is special, it’s 1945 and WW11 has ended. Everyone is celebrating peace, except for the soldier who recently arrived in town and ends up at the mission.

The war left George Smith feeling useless. With only one good leg, a crushed dream of opening his own garage and a girlfriend who rejected him George hitches a ride and impulsively ends up in Dogwood, North Carolina.

Can Virginia help George understand God hasn’t forgotten him, and also open her heart to the possibility of love? AMAZON

Everything Laurel believed about her childhood suddenly changed.

During her mother’s illness, Laurel discovers unsettling things from her past. She travels to the small town of Silver Springs, North Carolina to search for the truth.

Laurel arrives in town and senses people watching her every move. Even the easygoing police office Chad Wilkes gives her a cold shoulder.

With trouble following her, the Lord is the only one she can trust. Can she find the secret to the past and open her heart to more changes?

Young widow Emilee Arnold enjoys her freelance web design work, teaching a youth Sunday school class and everything about Christmas. She’s content, or believes so, until she rescues a pilot from a burning plane and is snowed in with her very own scrooge for the holiday.

Gabe King specializes in flying corporate groups to various locations. He’s claims to be an easy-going guy until his lifestyle and his heart is challenged by Emilee.

Emilee can’t stop her attraction to Gabe but his dislike for Christmas is the one thing she can’t get beyond.
Can Emilee help to make her very own Christmas a miracle? AMAZON

Starr, the youngest Kast sister is a whiz at Internet tracking and committed to keeping her word.
Chauffeuring a child to Sunday, school seems easy, until she meets the girl’s uncle. Resembling a throwback from the fifties, he acts as if promises are something to toss away.
Luke’s priority is his niece Winnie, and his garage, the last thing he wants is a pesky blonde butting into their lives.
Starr and Luke are worlds apart, but when Winnie’s life is in danger Starr is the only one who can help.
As Starr uncovers secrets, will she also realize God placed Luke in her path for a reason?
“Starr’s Promise,” the last book in Celestial Investigation Series. A Christian romantic suspense based on three sisters. Their P.I. skills come in handy in the quaint town of Mercy, North Carolina, a place where romance and mystery unite. AMAZON

Sunny Kast spends her week fighting cyber-crime, and dreaming of her prince charming.

When a man walks into Celestial Investigations, and introduces himself as Trouble, she’s sure he’s not her prince, and positive that he lives up to his name.

After Max Trouble finds an important document his life gets complicated with the know-it-all P.I. hired to track down its owner.

Sunny and Max’s relationship grows. She’s optimistic that he may be her prince charming, but after her car is sabotaged, and she’s almost killed Max’s chauvinist ideas of a female investigator surface.

Will she see God’s perfect plan, or a not-so-perfect relationship?

“Sunny’s Dream,” Celestial Investigation, book one. A Christian romantic suspense based on three sisters. Their P.I. skills come in handy in the quaint town of Mercy, North Carolina, a place where romance and mystery unite. AMAZON

Luna Kast, surveillance specialist at Celestial Investigation stays one-step away from danger. In her personal life, she treasures tranquility. She meets Kevin Hollings. He seems shy and levelheaded, but she’s been duped before and has no intention of making another mistake.

Luna and Kevin become cyber friends, but while their relationship grows, so do her problems. When her latest case turns deadly, and she finds Kevin in the arms of another woman, Luna’s hope for a peaceful life are once again dashed. Can she stay planted in her belief that God leads those who are faithful?

“Luna’s Treasure,” Celestial Investigation, book two. A Christian romantic suspense based on three sisters. Their P.I. skills come in handy in the quaint town of Mercy, North Carolina, a place where romance and mystery unite. AMAZON

A secret has a life of its own.

Matthew Blake left home in search of fame. Years later, writer’s block threatens his career. He returns to his roots hoping to rejuvenate his creative juices and meets Lucinda Wise. Unknown to Matt, he’s involved in a mystery, that is soon to be unearthed.

Lucinda rents her tiny house to Matt. Despite his self-centered ways, she finds herself enjoying his company and sharing her faith with him, but timing is everything. She’s dedicated her life to her five-year-old daughter and will do anything to keep her safe.

As Thanksgiving approaches,Matt discovers that Lucinda is the partaker of a secret that will change his life forever. Can he accept that God’s plan for his future is the right one? AMAZON