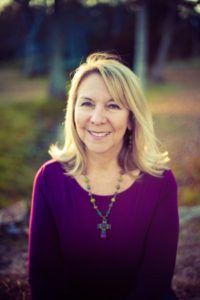 Marilyn Turk’s roots are in the coastal South, born and raised in Louisiana, now a Florida resident. An award-winning author, she loves history and likes to put her fictional characters in real events of the past. A fascination for lighthouses spawned her popular weekly lighthouse blog @pathwayheart.com, and inspired her to write Lighthouse Devotions. She has published two historical fiction books so far – The Gilded Curse, a 1942-era suspense, and Rebel Light, a Civil War suspenseful love story and Book One of the Coastal Lights Legacy series. 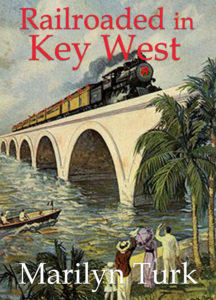 Charlotte (Charley) Harris is a Pinkerton agent who goes undercover as a newspaper journalist to find a notorious train robber rumored to rob the inaugural trip of the Oversea Railroad to Key West. Allen Walker works security for Henry Flagler, the owner of the railroad, and takes on the persona of a photographer to ferret out any potential sabotage to the train’s success.

What will happen when Charley and Allen suspect each other?

Is the danger only to the train, or are their hearts in danger as well? AMAZON 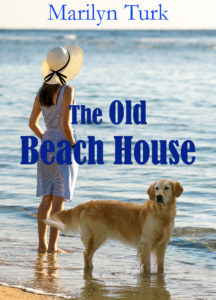 When rising star Courtney Morgan unexpectedly loses her corporate job, she needs to get away and regroup, and the only place she can think of to go is the old family beach house. In the ten years since anyone has been there, the beach house shows signs of neglect and is an annoying eyesore to new beachfront property owners who want it torn down.

But to Courtney, the house represents comfort and a place of refuge from the unfair treatment she received from her former employer. Pressure to sell the house only increases her resistance and anger toward those who want to force her to do something she doesn’t want to do.

Former childhood friend Jared Freeman works for a local real estate company, and his efforts to re-ignite their friendship provokes feelings of attraction, but at the same time, mistrust.

Does he really have her best interests in mind? Can she trust him with her heart as well?

The beach house needs repair and renovation, but perhaps Courtney’s heart does too. AMAZON 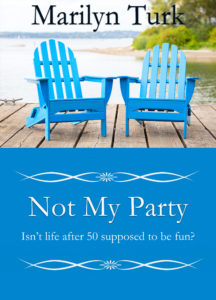 Karen Miller’s life is rolling along comfortably with her three sons out of the nest, her long-lasting marriage, and her career. But Karen’s life is turned upside down when her husband walks out and she is laid off, forcing her to relocate from her “forever” home to start a new life in Florida. But how does one start over at middle age? Where does she fit in and how can she meet new people, much less date?

Ken Newman is a widower ready to start dating again four years after his wife’s death. With a work schedule that frequently takes him out of town, he has little opportunity to meet anyone, and he already knows every woman at church—until the new lady shows up. Could she be the one? But is she single?

Karen’s adventures to make new friends are fraught with humor, trial, and error. Too bad that attractive man at church is unavailable. AMAZON 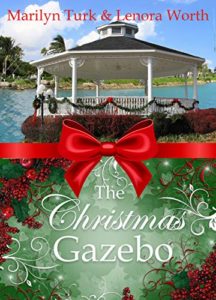 1910
Amateur photographer Lettie Morgan accompanies her aunt to Springlake, Florida for the annual Springlake Assembly. Jonathon Townsend, wealthy heir to the family fortune and first-time chairman of the event, wants the event to run smoothly.

But when the train bringing guests to the Assembly is robbed, Jonathon, who is part-owner of the railroad, must find the robber and appease the attendees. Can the young photographer who’s captured his attention provide clues to the robbery?

As Christmas approaches and the Assembly comes to a close, will Jonathon find a way to entice Lettie to stay?


The Christmas Surprise
Lenora Worth

When Lynsey Milton comes to Springlake, Florida, to revitalize the town’s historic main street, Jon Townsend, the heir apparent, resists helping her. He’d rather return to the quiet life of a country lawyer. Lynsey needs to seal this deal since a promotion is in her future. But Jon wants to stay in his Victorian mansion, keeping his grief to himself. He won’t fall for a woman who’ll soon leave.

When they make a discovery in the gazebo by the lake, Lynsey gets Jon into the Christmas spirit. Can an old gazebo and a beautiful vintage ball gown bring them together? AMAZON

At the onset of the Civil War, Sarah Turner’s hope to marry fiancé Josiah Hamilton crumbled when her father forbade her to ever see Josiah again because he chose the Union side. Now the war has ended, and Sarah and her family return to Pensacola to start life over. For seven years, Sarah harbored hope that she and Josiah could be reconciled, but she never heard from him again, and her father is pushing her toward marrying his business partner, a man Sarah has no attraction to. But when she sees Josiah with another woman, her hope of a future with him ends.

Lieutenant Josiah Hamilton has returned to Pensacola as well, as an engineer for the US Army with orders to find the original lens of the Pensacola Lighthouse and build the new keepers’ house. He still loves Sarah, but when he sees her with a young child, assumes she is married, and the child is hers. Meanwhile, Josiah is being pursued by the lightkeeper’s daughter and distracted by an apparent plot to prevent him from carrying out his job.

Who is the arsonist starting fires at area lumber mills? What will happen when Sarah’s life and Josiah’s mission collide with someone who wants to end them both?  AMAZON

Cora Miller, a recent widow, moves to St. Augustine in 1875 with her young daughter Emily to start life over as a single mother. She opens a fine millinery shop to court the tastes of the wealthy and become part of the town’s social elite. She succeeds in gaining the hat business of tourists Pamela Worthington and her daughter Judith, as well as, the attention of their family friend, extravagant Sterling Cunningham. But aloof Daniel Worthington, Pamela’s son, is more interested in the Indian captives recently brought to the fort.

Daniel Worthington has escorted his mother and sister to St. Augustine. Their trip has coincided with the arrival of Plains Indians being brought to Fort Marion as prisoners. He is sympathetic to the plight of the Indians and seeks to help them learn to communicate through art. Daniel believes Cora Miller is only concerned with unimportant frivolities, but when he sees her with a benevolence group at the fort, his opinion begins to change.

Just when Cora’s business is picking up, jewelry from her wealthy customers begins to disappear and then mysteriously reappear in Cora’s shop. What will happen to her when she is accused of theft? Will her reputation and future be ruined? Or will someone else step up in her defense?  AMAZON

Sally Rose McFarlane follows her dream of being a teacher when she accepts a position as governess in post-Reconstruction, Florida. A misunderstanding of her previous experience in Ohio forces her to keep a secret to retain her job. When she learns about the recent Jim Crow laws, she realizes she also has to hide her bi-racial ancestry.

When Bryce Hernandez, former Pinkerton agent, becomes a law partner to Sally Rose’s employer, he and Sally Rose become involved with each other to stop a smuggling operation involving their employer’s dishonest business partner.

What will happen the family Sally Rose works for learns the truth of her work experience and her parents? How will Bryce react when he finds out? And will anyone find her when she’s captured by smugglers, or will it be too late? AMAZON

She ran away from the war only to find herself in the middle of it. Who will protect her now?

It’s 1861, Florida has seceded from the Union, and residents of Pensacola evacuate inland to escape the impending war. But Kate McFarlane’s impulsive act of rebellion changes her life and that of many others in ways she never expected.
As a result, Kate finds herself with an eccentric aunt in an unfamiliar place. Lieutenant Clay Harris, a handsome Confederate officer, offers a chance for romance, but his actions make Kate question his character. When a hurricane brings an injured shipwrecked sailor from the Union blockade to her aunt’s house, Kate fights attraction to the man while hiding him from Clay. She’s determined to warn her sea captain father about the blockade, but needs someone to help her. Who can she trust – her ally or her enemy?

“Rebel Light by Marilyn Turk is an absolutely delightful yet compelling read. If you like Civil War stories, romance, and heart-pounding action, you will love this book!” —
Kathi Macias, award-winning writer of more than 50 books, including Red Ink, Golden Scrolls Novel of the Year. AMAZON