Why did I choose Heart Strings as a title?

A Bible verse I’ve always tried to keep in mind is, “For where your treasure is, there your heart will be also.” Matthew 6:21 ESV

The two important words, of course, are treasure and heart.

Treasure is something that holds a valued place in our life.It isn’t necessarily precious gems, gold, or money. It may not have any monetary value at all.  But whatever we treasure holds our attention and causes life to revolve around it.

The heart in the passage is obviously not about the physical organ that pumps oxygenated blood throughout the body. This heart is the center of the personality, center of emotion, with the capacity for feeling and affection. One’s spirit, courage, or enthusiasm is referred to as heart.

So, back to the reason for the title of the novel.Throughout the story, we see the strings leading from the treasure to the heart. Strings that play a part in shaping each character’s life. Not physical strings, but emotional bonds leading to the focus of each life. Those strings lead straight to what each character treasures.  Because of the heart strings, the treasure governs how each responds to given situations.

Heart Strings is a mystery, written for entertainment. But while reading, look for the strings that bind each character’s heart. Find the deeper meanings. 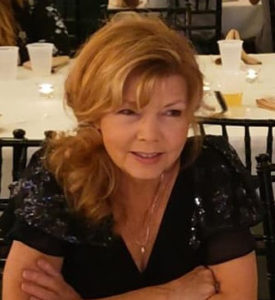 Lynne Waite Chapman began her writing career with fifteen years of writing weekly non-fiction content for the BellaOnline.com Hair site, drawing on her thirty plus years as a hairdresser. Retiring the Hair site, she has spent the last eleven years writing weekly content for the BellaOnline.com Christian Living site.
She is a regular contributor of devotions for several print publications, and has written articles for many church bulletins and newsletters. She has also contributed articles to numerous internet publications.
Born and raised in northeastern Indiana, Lynne has always loved reading mystery and suspense, but has only recently devoted her time to writing cozy mystery. Her debut novel, HeartStrings–first in the Evelynton Murder series–was a 2016 semi-finalist in the American Christian Fiction Writers Association Genesis contest.
She currently lives in northern Indiana with one West Highland White Terrier.

In this first of the Evelynton Murder Series, freelance writer Lauren Halloren is surprised at how much her small Indiana hometown has changed. At first glance, it appears to be the same dreary burg she left twenty-five years earlier, but the more she attempts to reconnect with the community, the more she finds an undercurrent of secrets and lies.
Lauren hopes the mysterious happenings will provide writing fodder to fund her move back to the city, but when one of her newest acquaintances is found murdered, the mayhem gets too close for comfort.

She’s certain she knows who the killer is, but will she be brave enough to confront the murderer for the scoop of a lifetime?
This quirky cozy mystery is sure to keep you entertained and guessing to the last page. AMAZON

The second book of the Evelynton Murder series finds Lauren Halloren in her second year after her homecoming to Evelynton, Indiana.

Lauren’s return to her hometown began with turmoil. Now the freelance writer is ready to settle down to enjoy the peace and quiet of small town living. All she wants is to write and work her part-time receptionist job at The Rare Curl.

Peace proves not to be in her future when she arrives at work to find the salon in chaos. She stumbles into one problem after another when attempting to solve petty theft. While her boss gives up and is ready to move on without a solution, Lauren’s curiosity won’t let her rest.

The stakes are raised when she and her friend, Clair, discover a corpse in the park. Mysteries compound as Lauren follows the trail of crime from the hair salon. Is it tied to the local nursing home? Is her petite neighbor a cold-blooded killer?

Heart Beat proves to be another fun filled, gripping cozy mystery to keep you guessing until the last page. AMAZON

Freelance writer, Lauren Halloren pens popular magazine articles extoling the comfort and security of small town America. And Evelynton, Indiana treasures its wholesome small town values. Ask anyone. Streets are safe to walk. People look out for one another. Marriage vows are treasured. Murders are solved.

In this third volume of the Evelynton Murder series, Lauren, along with friends, Clair and Anita stumble over another body. The partially mummified remains turn out to be an Evelynton resident. But how, in this close knit community, could a woman be deceased for over six months without being missed? AMAZON 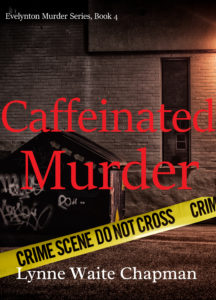 Caffeinated Murder is the fourth installment of the Evelynton Murder Series, featuring fast moving adventure, good friends, coffee, and a touch of quirky humor. Freelance writer and part-time hair salon receptionist, Lauren Halloren faces yet another murder investigation where she must face off with the local police department.

It’s festival season in small town Indiana. The merchants of Evelynton are invested in making the town’s Marshmallow Festival a success. The one exception may be the local cleaning lady who thinks there are enough trouble makers in town already. Why invite outsiders in? She could be right.

The festival planning committee has things in hand until the festivities are threatened when a murder victim is discovered in the dumpster outside their favorite coffee shop.

Local authorities are quick to produce a list of likely suspects. The problem arises when their suspicious characters are all well-known citizens. As the police set out to prove their case, it’s up to Lauren to protect the innocent and find the true culprit. But as her investigation continues, even Lauren begins to doubt the word of her friends. AMAZON 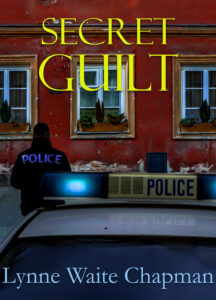 Some secrets are meant to be kept. Buried. Unfortunately, occasionally they resurface.
I’m Liberty Cassell, small town girl, living in Twin Fawn, Indiana. Everybody knows everybody else in this little burg. No secrets. Small town living suits me just fine. As the daughter of a beloved mail carrier and the town librarian, who the whole town depends on, I couldn’t be in a safer space.

I work in the local hardware store. Easy work. No stress. Doesn’t pay much, but it provides everything I need. My motto: Live simply. Life is meant to be enjoyed.

The only possible downside of small town living is the lack of privacy. No secrets. Some find that disturbing, but I find it comforting. Safe.

At least I found it comforting. Recently, small things have begun to disrupt my peaceful existence.
There may be one mystery that has evaded me for years. I just hope I don’t regret digging into it. It seems that some secrets lie dormant for a lifetime. When truth is exposed, my world may be changed forever. AMAZON