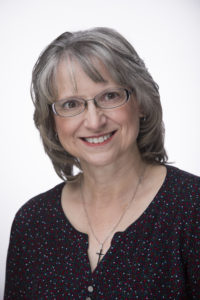 LuAnn is a Christian romance novelist with a passion to bring hope to others in their relationship with Christ. She holds a bachelor’s degree from Lee University in Cleveland, Tennessee. LuAnn is a member of American Christian Fiction Writers and has attended several writers’ conferences. She grew up in Ohio, lived in Tennessee for many years, and currently resides in New Mexico with her husband of forty-four years. LuAnn adores her children, grandchildren, puggle Pebbles, and cat Paka. A former mathematics teacher and administrative professional, she enjoys reading, hiking, traveling, and spending time with her family. You may find her online at www.luannkedwards.com to learn more about her Love Comes Again series. 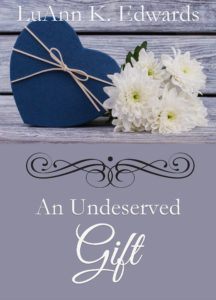 For more than three years, Evy Montgomery has grappled with insecurity from her divorce. Not wanting to endure another rejection or make the same mistakes she did in her marriage, she shies away from dating. Instead, she’s determined to find out why her ex-husband, Dillon, ended their sixteen-year marriage and what she did that pushed him away.

When her best friend, Amisha Samuels, reintroduces her to a man from her past, Mister Warmth and Kindness, Evy lowers her guard and opens her heart. With Jarrett Kirkman by her side, and the hopes of a brighter future, Evy feels valued again and moves forward with her plans. But she soon realizes she failed to fully include two others in her decision—God and her ex-husband.

Even after including them, will Evy truly allow the Lord to work His plan in her life or insist on her own? AMAZON 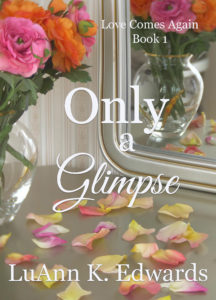 Only a Glimpse, is a wholesome love story between a widow with no interest in romance and her available but arrogant boss.

Keedryn Reynolds never expected to be an executive assistant to a boss who treats her poorly. With a pile of bills since her husband’s death, she wrestles with the challenge of keeping her job or quitting to find another position with less stress. Yet despite her boss’s insensitive behavior, Keedryn follows the Lord’s prompting to share God’s love with this man and finds she’s sharing her love as well. She struggles with the belief that a relationship with Blake could not be a part of God’s plan for her life.

Blake Conner finds his executive assistant’s work inadequate. She cannot do anything worthy of his appreciation. Or at least that’s the message he works hard to convey. Blake’s life spiraled downward when his wife died in an automobile accident five years earlier, and his college-aged son left town certain Blake was to blame. Because of his heartache and guilt, Blake turned from God and no longer has faith or hope.

Will Keedryn be the one who can break through the walls that surround Blake’s heart? AMAZON 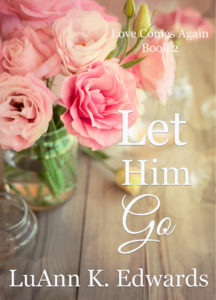 Keedryn and Blake acknowledge their love in this wholesome romance, only to find trouble brewing at the office and turmoil bursting in their hearts.

Keedryn is ready to pursue a deeper friendship with her boss, Blake, but insists on taking things slow. After a romantic evening, trouble erupts at the office when rumors fly, and a new policy goes into effect that could destroy their budding romance. She’s falling for him, but his non-existent relationship with the Lord causes her concern. When a voice pounds in her head to let him go, their newfound love may not survive.

Lost in a whirlwind of emotions, Keedryn must accept God’s will, which may not include Blake. With the growing turbulence between them, only God can bring them back together.

Will Keedryn step out in faith and commit to love, accept, and forgive Blake, or will she give up on the man God called her to lead back to Him?  AMAZON

God brought Keedryn and Blake together. Family conflict and personal struggles threaten to tear them apart. Will their love for one another be enough? 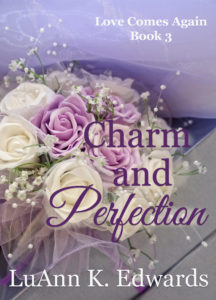 Keedryn Reynolds never imagined she’d fall in love again, let alone make wedding plans with Blake Conner, a man who found nothing good to say about her or her work as his executive assistant for several months. When unexpected obstacles and arguments endanger their future, Keedryn questions if marriage is possible for them.

Thankful for breaking off an engagement to Eliza Walker, Blake anticipates his marriage to Keedryn and having his son Andy move back home. But when Andy refuses to return, and Blake finds himself the victim of petty crimes during a police investigation regarding Eliza’s death, his plans and hope unravel.

Will Keedryn rely upon God and find the peace she seeks? Will Blake succeed by convincing his son to move home and in marrying the woman he loves?

Join Keedryn and Blake as they embark on their engagement journey in this heartwarming, wholesome romance. AMAZON