Books have given me joy since I first discovered as a child that if you put words together you can make a story that would make people laugh, cry, or be entertained. I told my stories out loud first and then, when I could write them down, the words became alive to me on the page.

My path has meandered through various full-time jobs like teaching elementary school, retail, and office administration. My chance to keep the words flowing was when I’d do occasional children’s stories for church.  When health issues forced me to stop working outside home and my kidneys eventually failed, I had time to sit down at the computer and write. The words entertained me and brought the joy back. I joined American Christian Fiction Writers (ACFW) and received some positive feedback from the Critiques group and a scribes group. I kept writing.

In March, 2016, I received a kidney transplant. No longer bound to dialysis three times a week, I felt better and wrote more. In September, 2018, I persuaded my husband to go to Nashville with me so I could attend the American Christian Fiction Writers (ACFW) Conference. I decided to pitch my Work-in-Progress which wasn’t done at the time. Cynthia Hickey of Forget Me Not Romances, a Division of Winged Publications, liked it and asked me to send to her what I had finished. The Contessa’s Necklace is now published on Amazon at https://amzn.to/2SfYKYX.

God knew my dream of writing. His plans come to fruition in His timing. 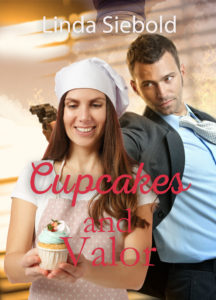 Callea Thompson is the co-owner of a cupcake and coffee shop. Her days are filled doing what she loves – baking cupcakes – until someone stalks her, the FBI has her under surveillance for fraud and murder, and an assassin has her in her sights.

Rob Jennings, an agent for Valor Investigations, calls Callea the cupcake lady. He is attracted to her but has to shove those feelings to the back burner to keep her safe. The only thing is…she thinks he’s a jerk.

A horrific event from the past haunts Callea and her PTSD blocks her memories. Can Rob break through her defenses to help her shift through the nightmares and suppressed memories to find the truth before it’s too late? AMAZON 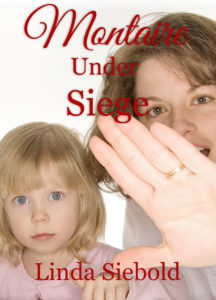 Montaire will fall from within unless the contessa abdicates. If she doesn’t, the council will be destroyed one by one. She is not immune.’

As Selena Simmons-Carmichael Russell received the newest threat, a mysterious weapon that the garda have no defense against was stolen in Montaire. A new crime syndicate came to power.

Are the threat and weapon connected?

The new Biosecurity Institute required Selena’s signature, so she and Cassie must go to Montaire without Sam. Can Selena keep them safe as attacks begin on the Montaire council? AMAZON 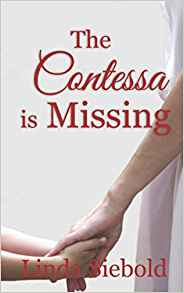 A bag of ice leads Contessa Selena Simmons-Carmichael Russell into the hands of an armed robber and kidnapper as Sam Russell falls prey to the robbery gone wrong. Sam can’t help ‘the trouble magnet’ with his gunshot to the chest. She’s missing and presumed dead as he fights for his life.As the other partners in R & S Retrievals comb the Flint Hills for the missing contessa, Selena has to take matters into her own hands to survive. The only thing is she can’t remember who she is. Can a little girl’s past intertwine with Selena’s future? A bedtime story may make the difference between death and survival as two brothers have them on their radar.This is the fourth book in the Contessa of Montaire series. AMAZON

Selena Russell, Contessa Selena Carmichael-Simmons of Montaire, and her husband, Sam Russell have returned to Montaire so Selena and the Council of Montaire can appoint a new council member. As candidates are chosen to interview, someone begins to target the members with deadly intent.

Lawrence Cardwell, the chairman of the council, is brutally attacked when he walked in on burglars in his home. The rest of the council are put under guard for their safety and the meetings are postponed. Selena goes undercover and poses as a computer teacher to help Theodora Smythe, her friend and the headmistress at the Brookside Academy, investigate why the students are afraid.

Selena’s research puts her in the crosshairs of the burglars and with two of her students she uncovers the sinister plot against Brookside and Montaire. Can Sam find Selena and foil the plot with her help before the council and the principality are destroyed?

Contessa in Disguise is the third book in the Contessa of Montaire’s series. AMAZON

Selena Simmons, Contessa Selena Carmichael-Simmons of Montaire and Research Specialist at R & S Retrievals, has flown to Palm Keys, a resort in Florida with her friend, Haylie Stevens, for a destination wedding. On a whim she buys a puzzle box for a keepsake, not knowing that it is linked to a case that Michael Rickard, the newest partner at R & S, has requested research.

Twelve-year-old Laura Townsend was abducted by her non-custodial father, Ethan Wright, a killer-for-hire. He uses her to draw in his victims as he works down his list. When she realizes he’s killed people, Laura hides evidence against him in the box. She leaves it on the table at an outdoor market for Selena to find. But, as Selena works to solve the puzzle box, she and Haylie are in Wright’s crosshairs.

Reynold Base, one of the members of the Montaire council, has been kidnapped and a second box is delivered to Selena with the directions for the ransom. It’s up to her to research the link between the killings, kidnapping, and boxes. Can Sam Russell find Selena before she becomes the next victim of the man behind it all?

Selena’s Keepsake is the second book in the Contessa of Montaire’s series. AMAZON

Louella Carmichael, Contessa of Montaire, and her entire family were killed by assassination in 1973. One witness survived and escaped with Montaire’s ruby succession necklace. In 2017, the necklace reappears in the eastern part of Kansas. Current contessa, Sophia DePau,l is close to death and when she dies, the council will once again name a new count or contessa to rule the principality and gain control of four international conglomerates and other industries, as well as jewelry and other riches.

Selena Simmons specializes in researching financial reports, background checks, and family histories for the Aegis Research Library. With her high security clearance, she is well sought after by local, national, and international law enforcement agencies, government agencies, and corporations. When a tragic hit-and-run accident makes her research personal, she walks away from the agency. Someone from the past is targeting those close to her. She has to find the link that binds her to the Carmichael assassination before she becomes the next victim.

Sam Russell from R & S Retrieval Agency is hired to follow the two jewel thieves that have tracked the contessa’s necklace to Kansas. They not only want the necklace, but control of the principality. They will stop at nothing to accomplish their goals, even murder, if anyone gets in their way. Selena Simmons is in their way, and Sam finds his skills and instincts tested to keep her safe. AMAZON