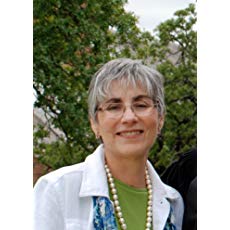 Leann was born in Colorado, but as a teen her family moved to Texas.

She graduated from the University of Texas at Austin, and taught math and science to deaf high school students for a couple of years until the birth of her first child. When her youngest child started school, Leann decided to fulfill a life-long dream and began writing. It wasn’t a quick journey to publication, but she didn’t give up. She started writing when her youngest started kindergarten and was published when he started high school.

She’s an avid gardener and works out plot points while pulling weeds. She is also a cancer survivor. 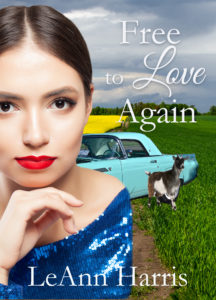 When asked to chaperone her niece’s high school prom, Captain Zeta Newland agreed. She couldn’t pass the opportunity to pick up her grandfather’s restored ‘57 Thunderbird and drive it back to base. During her visit, she encountered a tornado, an ornery goat, and one good-looking sheriff. Happiness in this town seemed impossible.

Sheriff Gabe Worth’s heart had been frozen so long he thought it would never thaw. That is until he met the other chaperon at the senior prom–a beautiful army nurse.

Could Zeta find happiness in her hometown if she returned and stayed?

Could Gabe open his heart to love again? AMAZON

Carly Payton finally finished her latest job–auditing the Red River City Police Department. As she leaves the celebration, Max Doyle follows her out of the restaurant to ask her on a date. In the parking lot, they witness the murder of the Chief of Police. The killer turns on them and Carly and Max run. The two become the main suspects, and must work together to stay alive. As they try to clear their names, Carly sees Max as a hero, someone she can depend on and her feelings for him grow. With the killer hot on their trail, they flee into New Mexico, dodging the authorities. Will they be able to prove their innocence, or will the killer convince everyone that Carly and Max are guilty? AMAZON

When Star Taylor returns home to Alpine, Texas to finish her degree at McDonald Observatory, the last thing she expects is run into her high school boyfriend, Bart Hays. They’d been in love then, but both had big dreams that split them apart. Bart is now a widower with a five-year-old son. Suddenly the same attraction Star felt all those years ago blossoms. Will romance win this time? Or will the circumstances of today and hurts of the past drown out their growing love? AMAZON

Melissa Danner went to the big city of Denver to pursue a career as a CPA, but all she found there was disappointment. When her family needed her back home after the death of their mother, Missy went home, not knowing what to expect. When she ran into her brother’s best friend, Nathan Winters the sparks they generated off each other nearly burned her world down. Could she find her dreams of happiness in the place where she began? With a man she’d known most of her life? If Nate has anything to say about it, she would. AMAZON

In this inspirational romantic suspense, when Catherine Lyons comes home from college at Christmas she discovers her family has disappeared, vanished, leaving her alone. Fifteen years later when Catherine is on vacation in France, she sees her father getting on a bus, but he’s had a stroke. When she tries to talk to him the nurse taking care of him won’t allow it. Cat shows up at the clinic the next day, but the people there claim to know nothing of the man. This time Cat isn’t going to give up. She learns the name of the nurse she talked to and goes to her apartment and finds her dead. Colin Montrose is with MI-6 and doesn’t know who this woman is who has stumbled into his operation, but he wants to know. He follows Cat and asks if she murdered the nurse. Before she can answer, they hear police sirens and flee. Together, Cat and Colin chase after Cat’s father, trying to discover the truth behind her life and her parents’ lives. AMAZON

Betrayed by her fiancé to the Nazis, Linette Van Linder escapes the clutches of the Waffen SS and runs into American reporter, Michael St. James. Michael refuses to abandon the woman who just ran into his life and knows he can’t allow her to be arrested for standing for justice. The only way he is able to save her is marry her to get the exit visa.

Their forced marriage becomes more than a simple means to an end, but two souls bound in the fires of war. Linette works as a spy for the British Army while Michael joins the American Army and becomes attached to Dwight D. Eisenhower.
As Linette and Michael join the fight to win against the darkness that has settled across Europe, they struggle to come to grips with the people they’ve become. And wonder if their love will survive the struggle. AMAZON

Fat Tuesday 1972, a floater surfaces in Sheriff Colin McDonald’s parish, south of New Orleans. The body–a Russian diplomat throws local and Federal law enforcement into chaos. Sheriff McDonald isn’t excited to have the FBI stepping into his investigation, but knows his parish doesn’t have the funds to sort out this mess and deal with all the prickly silliness of international negotiations. Jessica Franklin, one of the first female FBI agents, heads the task force looking into the Russian’s death. Jessica is a talented, no nonsense woman, who isn’t sure about this laid-back Cajun sheriff, who calls her Chere, but the man knows his parish and gives her views a fair hearing. Lt. Gabriel Fontenot of the Louisiana State police is also assigned to the task force and runs into an old girlfriend, Amy Prejean, who is working with the Russian Mission on grain shipments. As Gabe, Jessica, and Colin work the case, odd and seemingly unrelated things surface which pull local residents into the tangled web the KGB has created in the Big Easy. With time winding down, the tangled threads of the truth lead to the Prejean warehouse where old sins are revealed… Who will survive the confrontation? And what will the fallout be? AMAZON