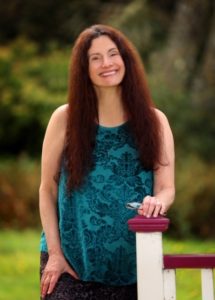 Laya Brandt is a teacher, mother and grandmother who lives in the beautiful Pacific Northwest. Evod and the Children of the Star is her first book , and published with Jurnee Books (an imprint of Winged Publications). Follow her on Amazon here 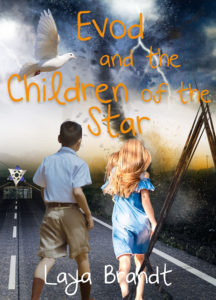 When a mysterious bird, Evod shows up at a private school in New Hampshire, he finds the Children of the Star: David, a shy, awkward boy and Julia, an untidy streetwise girl. He leads them down a strange tree and out of their classroom.

A tent intrigues them, a whirlwind scares them, a treasure chest tests them and a fire comforts them.

Evod also leads them to a glass star in the basement of their school. David takes it to Mel, the janitor, who explains the star’s background and tells them about a book written by David’s great-grandfather. Afterwards, the children give the star to their principal, a sinister character named Mr. Aark. In truth, he and Mrs. Barrey, the secretary, are plotting against David, his parents and the star.

When a nearby school has an explosion, David and Julia try to solve the many mysteries brought about by the appearance of Evod. Mr. Aark threatens David, Julia, and their friend JJ with expulsion unless they give up their quest for the star, but the dove continues to lead, protect, and comfort them.

In this fast-moving tale, the star disappears. David, Julia, and JJ trace it to a millionaire who doesn’t want to share it. Will David, Julia and JJ be able to return the star to its rightful place? AMAZON 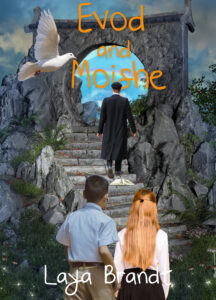 Out of the ashes of World War II emerges a blue and white glass star with special powers. Who made it and why? That is the question before David and Julia, our heroes from the last Evod Series book, Evod and the Children of the Star. Armed with a book written by David’s great-grandfather, Moishe Blum, David and Julia must show the School Board of Naples Christian Academy why the star must be honored there.

The familiar characters of Mel, Mom and Dad Roth, and Mrs. Hingle re-emerge. So does Mr. Strumpstein, the mysterious millionaire the children met in the last book.

In this historical-fiction prequel to Evod and the Children of the Star, you are introduced to Moishe, Edward, and Leah, key characters in the decades-old mystery of the star.

Evod again reveals unsolved mysteries and even future events. Don’t be surprised if you find yourself crying, laughing, and gasping with surprise while reading this exciting tale for kids and adults.

Will David and Julia be able to uncover enough material to prove the magical star belongs in the foyer of Naples Christian Academy? Will David grow from a wimpy kid to a strong voice for history and his people?  AMAZON