Laurie Boulden was born in Philadelphia, grew up in Oklahoma, and now resides in Florida. She is an educator and a writer. Writing has been her passion since childhood, so the opportunity to publish is thrilling. Her family consists of her dog, Sandy, and two cats. Will there be a third cat? Or a puppy in the future some time? Maybe so.
Writing for now is Christian Romance. She believes a good story is food for the soul.
Her favorite quote is “Not all those who wander are lost”. She loves to wander. 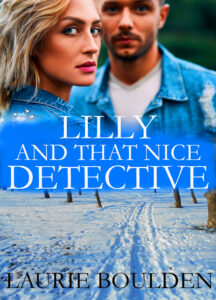 Lilly Ann Mercer loves her home so much she’s turned it into a bed and breakfast which caters to wedding parties. A quick winter wedding turns deadly with a body in the gardens. Lilly has no idea who the woman is or why she was murdered, but someone thinks she knows enough, and they are determined she will reveal a long-lost secret or die.

Detective Jacob Hill didn’t grow up in St. Ives, Minnesota, but he is with them now. When Lilly’s life is threatened, he’ll do everything he can to protect her.

Can they find the secret of Mercy House Gardens before the killer takes another life? AMAZON 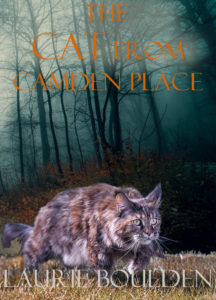 The cat from Camden Place knows a few secrets, and she’s ready to share.

Detective Mitchel Ryce is on his first case, solving the murder of Lanie Smith. Lanie’s cat, Whiskers, seems a little too eager to help.

When someone tries to steal evidence, and then burns down the lab when they can’t have it, Ryce wonders what Lanie got herself involved in.

With the assistance of Dr. Sylvia Gleichman, can they reveal some big secrets without any more loss and find justice for Lanie?

Whiskers seems to think so, and she’s ready to show them how. AMAZON 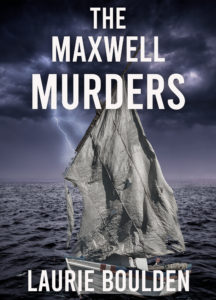 Elyse Maxwell wants life to feel normal after two years mourning the death of her brother-in-law and his family. But a random encounter with a runaway in New York City has her hoping her niece, Gracie Lynn, is alive. Elyse will stop at nothing to find her and bring her home.
Detective Jack Prescott agrees to help, even though he thinks nothing will come of it. Neither of them knows the truth.

Elyse’s inquiries endanger them all. Can they solve the mystery of the Maxwell murders before there are more victims?

The truth can be deadly.

Is finding a lost treasure worth the risk? AMAZON 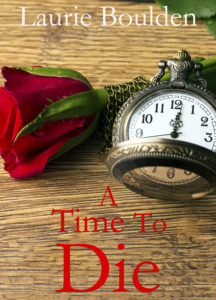 How well can a watch tell time?

Herbert Groat has fixed all sorts of watches, but this? A watch that doesn’t just tell time, it goes back in time. In the nick of time. Evelin Barclay is an associate at Wanamaker’s in Philadelphia. She doesn’t know she’s about to be brutally murdered. Can Herbert set aside fear and disbelief to save her? Or will it be her time to die?

Evelin Barclay helps people shop responsibly at Wanamaker’s in Philadelphia. War is over. Maybe she can think about the future. Herbert Groat makes her think about the future, except its in 2018, seventy years away. But he’s not the only crazy in her life. Mob boss Joe Ida is after her father, and if he can’t get the answers he seeks, he’ll kill everyone in his way, including Evelin. She’ll have to trust Herbert if this isn’t going to be her time to die. AMAZON 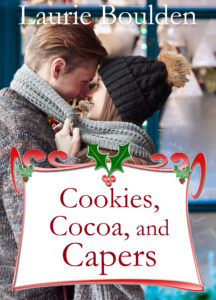 Small town St. Ives, Minnesota has space for one bakery, and baker Millie Cooke wants to be sure Baxter Dane knows cookies and cocoa at the bookstore is not happening. A harmless prank should do the trick, but he gives as good as he gets. Can they overcome their differences to save the bakery? Christmas is in the air, perfect time for some miracles. AMAZON 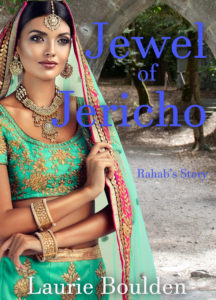 The story of Rahab comes to us through Joshua. Forty years of wandering have brought the children of Israel to their Promised Land, now controlled by the peoples of Canaan. This remarkable story tells of Jewish spies and their unexpected saving. There is a call and a reason to answer. Through it all, the hand of God moves not only nations to war, but individuals to great risks and greater rewards.

My name is Rahab. I am a woman of Canaan. I do not belong in the lineage of the greatest love story, and yet, I am here. Kings have come through me. My people would look in wonder or scorn. It matters not for they are no more. Rahabek is a strong name. I took it to myself and carried my head high. Now it has come down through the ages, the story of a whore who betrayed her people. But I do not think they were my people. The One who called from across the Jordan said I am His. He is mine. As such, His people have become my people. My haughty head I now bow low, for I am redeemed in love and joy.
Listen to my story. Decide for yourself. It is no easy thing to fall into the hands of a fearful God without a willing heart.   AMAZON 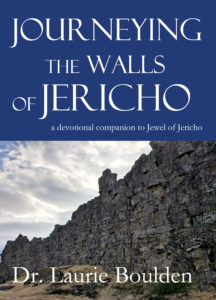 Jericho is ready for battle. Thick walls. armored soldiers. But their defenses are nothing to what the Lord can do. God used one woman within Jericho as part of His grand plan.

Jewel of Jericho is a fictional retelling of what happens in Jericho when God leads His people to reclaim their homeland. It is a grand story made personal through Rahab and the spies. God uses individuals to accomplish great deeds. Journeying the Walls of Jericho is a devotional companion to the novel. What can we take from the events of the story and apply in our own lives? We are all jewels of God’s kingdom.

Journeying the Walls of Jericho include 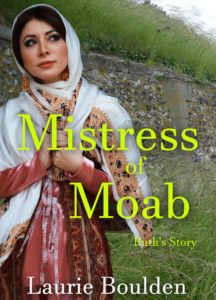 The story of Ruth comes to us in the time of the Judges. It is not difficult to imagine Elimelech and his family being sent to Moab while Israel was in a time of punishment for doing evil in the sight of God. It is not difficult to imagine the family met Judge Ehud when he went to Moab to kill the king. When we think on these events, are you awed at the intricate weaving of God’s plan? I certainly am.

Boaz and Ruth are a generation after the fall of Jericho and two generations before the birth of King David. Their story is not rife with war, but it is still an incredible depiction of the love God has for all of us.

My name is Ruth. I am a woman of Moab. I know you’ve heard of me. I’m a stranger who gets to play a part in the greatest love story of all. Truth is, my story has love written all over it, which is weird, since I didn’t know love until a wagon of foreigners built a house not far from where we lived.

Listen to my story. Decide for yourself. It is no easy thing to fall into the hands of a fearful God without a willing heart. AMAZON 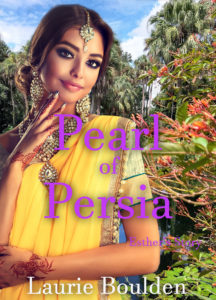 God is working all things to His glory.

Hadassah, an orphan raised by her cousin Mordecai, prepares for her night with King Xerxes. She’s changed her name to hide her Jewish ethnicity, and everywhere she goes, she garners favor. Will her beauty and heart be enough to win her a crown, or will she go to the harem like so many others before her?

This fresh retelling of the story of Esther isn’t a traditional love story. It demonstrates the hand of God working in the background to bring about His plan for His people. Jeremiah 29:11- For I know the thoughts that I think toward you, saith the Lord, thoughts of peace, and not of evil, to give you an expected end. (KJV) AMAZON

As an undercover officer, Kathryn Brussel is used to lies, deception, and finding what’s been hidden. When her sister goes missing, Kathryn seeks help. Sparks fly with Sergeant Marshall Franklin. She doesn’t trust him, but he may be the only one who can protect all of them from killer jewel thieves. To win, they must find the hidden gems and escape the traps set against them.

Get caught up in the fast-paced thrilling chase. The stakes are high, romance is sparking, and the twists keep everyone guessing. AMAZON