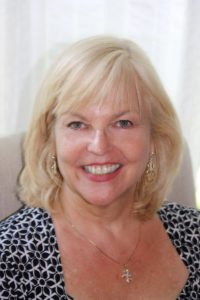 Kimberly Grist is married to her high school sweetheart, Nelson, who is a pastor in Griffin, Georgia. They have three adult sons, one with Down syndrome, and enjoy  encouraging others to start special needs ministries. Kim is also a grandmother and feels called to help and motivate others by sharing experiences both good and bad in order to be the witness that God would have us to be.

She has enjoyed writing since she was a young girl, however, began writing her first novel in 2017. Inspired by so many things life has to offer one of which includes her oldest son’s diagnosis of cancer she finds it especially gratifying to write a happy ending. “Suffering is, of course, is my least favorite thing, and I believe everyone can sometimes attest life just stinks. My objective is not to discuss my struggles specifically but to combine a love of history with biblical principles to produce a historical Christian based story that shows how God uses adversity for our good in ways we may never expect.” 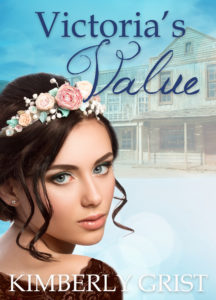 Opposites attract, but does this former debutante have what it takes to be wife, mother, and live on a ranch? Can a controlling cowboy who is more concerned with his axle than his wedding, find a way to steer a courtship in the right direction?

Former debutante, Victoria Wilson, hides thepain of her past behind a beautiful façade. Desiring a new start, she agrees toparticipate in a matchmaking service recommended by her pastor. Yet she wonders.What if she can’t handle a completely different lifestyle from the one her grandmother has prepared her for?

Rancher Gabe Ross needs someone to take over the care of his three young nieces – a sensible woman who isn’t afraid of hard work. Whoever he chooses has to make a quick acceptance because his housekeeper has had enough.

This couple brings a whole new meaning to the adage that opposites attract. Does this cultured beauty have what it takes to be a rancher’s wife? Will Gabe find a way to steer this courtship in the right direction? AMAZON 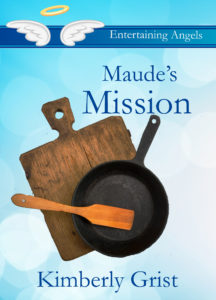 After the death of Isabelle’s father, the last few years have been difficult for Izzy and her family. Employment for women in the late nineteenth century is limited, so her job as a waitress is a godsend. Isabelle’s mother encourages Izzy to let go of the worries of the past and move forward. Why not consider the offer of courtship from one of her many admirers? The problem is—the so-called admirers at the diner are insincere flirts.

Bart Ogletree, a successful businessman new to Carrie Town, Texas, is intrigued by the lovely waitress at the local diner. Isabelle Miller is hard-working, with a ready smile for everyone but him.

And then there’s Maude. God has sent a lovable but slightly awkward angel to the rescue. Her mission is to find two worthy souls to bring together. The problem is two-fold: How will she recognize the worthy souls, and how can she cook up ways for them to be together and fall in love?

Will the difference in social backgrounds and a certain family member’s prejudice be too much for this clever-but-clumsy angel? AMAZON 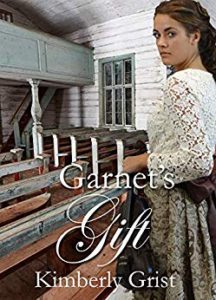 Twenty-two-year-old Garnet Adams longs to marry and have a houseful of children. Forced to support her widowed mother, she embraces her role as a teacher, although the Carrie Town board of education’s rules for female teachers leave no opportunity for a social life. She contents herself playing the violin at church.

Tall, bearded, and rough around the edges, Deputy Noah Scott would rather hunt than socialize. Garnet thinks he’s a rude, insensitive drifter, and Noah’s sure the last person he’d want to court is a schoolmarm–especially with her unladylike sneeze. As the needs of her students bring them together, opposites seem to attract until a certain Christmas present derails their future. AMAZON

Though warned of the extreme change in lifestyle, she’s shocked at the smallness of the Sunday House. And why didn’t she think to ask about indoor plumbing?

Leaving her lifestyle of shopping, lavish parties and holiday endeavors for a simpler life is a temporary solution until she can make a match of her own design. Carol struggles to let go of the past, embrace the present, and hope for a better future. What she doesn’t bargain for is the handsome livery-stable owner, who understands the true meaning of family and Christmas. Will love conquer lavish? AMAZON

A tomboy at heart, she ignores her mother’s pleas to dress more appropriately. Until the son returns. A recent graduate of medical school, although handsome, the young doctor is stoic and obviously put out that his father has hired her to help his mother recuperate. Sparks fly and suddenly for the first time Maggie is concerned more about how she is perceived by others, especially the young doctor? The question is why?

Can they get past their first impressions?

Lois Weaver has been schooled to be proper, lady-like, honest, to clean, sew and cook so at the appropriate age she would marry. As an adult, she surpassed her father’s expectations with her skills and beauty only to shatter them when she opens a dress shop. She’s worked hard making a success of her business. Now the handsome bank owner has come calling. So why isn’t she happy? Moreover, why can’t forget about a certain farmer with big brown eyes?

Daniel Lawrence former Texas Ranger gained immense satisfaction when he purchased his farm and livestock. His new way of life is not only a means to make a living but adds a sense of fulfillment. The only thing lacking is a wife and family. He is just shy of proposing when a family tragedy forces him to open his home to his grieving sister and her niece. How could he bring a new wife home to this?

Lois is heartbroken because Daniel is ignoring her. Can she go against the 19th-century rules of how a woman should behave and have the courage to tell Daniel how she feels?

Combining history, humor, and romance with an emphasis on faith, friends, and good clean fun, fans of historical romance set in late 19th-century will enjoy Lois’s Risk a delightful tale of courage and reminds us how God uses adversity to strengthen us and draw us closer to Him. AMAZON

Eighteen-year-old, Emma Brady, loves nothing better than working in the garden, but her cooking skills leave a lot to be desired. While other young women in the late nineteenth century are reading about proper housekeeping, she studies herd improvement. Emma’s dream is to implement plans for the ranch’s profitability. Unfortunately, things are not running in her favor.

Emma has been in love with Brian Scott, or Scotty as she’s always known him, since she saw him take up for a small boy at school. The youth who demonstrated so much character taking on the injustice of the schoolroom is now a deputy sheriff. But Scotty’s love for law enforcement seems to be waning as is his feelings for her.

Her friends and family tell her he’s busy with work, trying to stop a notorious band of outlaws from terrorizing the area, but he could have dropped her more than a simple postcard. Will the boy she’s been in love with her whole life return or is she just holding onto a childhood dream?

Combining history, humor, and romance with an emphasis on faith, friends, and good clean fun, Emma’s Dream is a delightful tale that reminds us how God uses adversity to strengthen us and draw us closer to Him. AMAZON

Raised by her guardian and influenced by the mostly male population of Carrie Town Texas, Rebecca benefited from a forward-thinking, unorthodox education not typical for a young woman in the late Nineteenth century.

As an adult, she is armed with skills that most would covet, yet she lives in a boarding house, works as a waitress and struggles financially. Most single women in the area didn’t stay single long. Most, but not her. The one man she had said yes to was dragging his feet. The townspeople all agree she is in need of a husband. Even the young girls in her Sunday School Class have taken action and writing an ad for the paper.

Wanted: Husband for Rebecca Mueller. **Must be handsome, nice, like children, and live within walking distance of Carrie Town School.

Will her circumstances change and allow her to hold out for true love? AMAZON