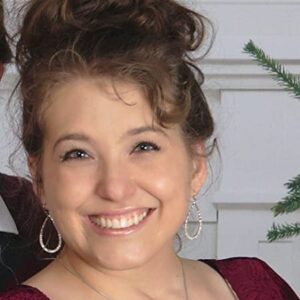 Hello Readers! If you are here, that’s a great sign you’re interested in more books. I’m a Christian author published by Winged Publications. And my focus is the family unit throughout the ages of history, responding individually and as a unit, to Jesus Christ. I grew up in a large family and was always writing about it. And now I’m married, do social work, am a health and life coach, and am a mama, and have added what life has taught me there, into my author ‘horizons’. Explore more at the newly launched https://kadeschenes.wixsite.com/kelsie-deschenes  and connect! I love chatting with readers! 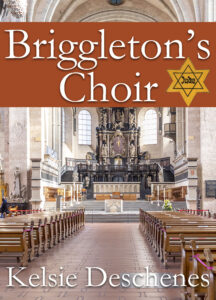 The age-old German-chasing-the-Jew tale takes a different turn in this book as the conflicts of World War II are seen through the eyes of a Nazi’s young adolescent son.

To Alfonso, it’s confusing that while he gets in trouble for bullying at school, his father then turns around and becomes a hero for shooting a group of Jews. While General Adelric sits in the seat of respect, he sends his son to a boys’ boarding school that specializes in teaching morals. Knowing nothing besides walking in his father’s footsteps, Alfonso continues to be the school bully and gets into more trouble. Then one day, he meets someone who has many things he lacks-confidence, a joy in life, faith, and an incredible voice.

But there’s a glitch. Jacob is a Jew who the bullies lose no chance to torture. Alfonso is torn as he sees Jacob living the kind of life with the peace and hope he wants. He finds himself in a position where an offer is made. If Jacob will teach him how to sing for the upcoming school choir auditions, Alfonso will agree to stop bullying him. It starts innocently enough as the one boy teaches the other to sing. But it quickly comes to light that much more is at stake than who will get the lead choir boy position, including a budding friendship between the two. Just when Alfonso feels some of his many questions are answered, many more come.

How will he handle the numerous life-changing conflicts coming his way, including the fact that his new friend is a Jew wanted by the Nazis?

Will Alfonso be able to stand up for what’s right for the first time in his life?

Will he find his voice? AMAZON 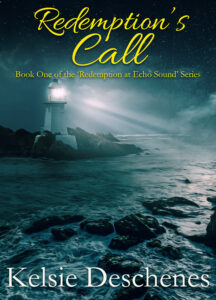 Widow Martha Patton has memories of a beautiful marriage cut short by the kidnapping of her daughter, and the mysterious murder of her Sheriff husband, Jonah. In the autumn of her life, Martha is living with their adopted son, Sheriff Tony, who she and Jonah gave a second chance and raised after he killed a man.

When Martha learns she has a cancer diagnosis, will she trust in God that even in brokenness, the Redemption of Christ has called her into a Perfect Plan? And will she keep to her resolve not to tell Tony about the cancer?

The first in the five- novella series of ‘Redemption at Echo Sound’, Redemption’s Call introduces the thrilling faith- filled saga of an American lawman family from 1959- 1972.

‘Redemption at Echo Sound’ is a story of resounding redemption for all those grappling with the realities of the storms of life, and desperately longing to hear that there is a higher calling. This is volume one of a three book novella series.  AMAZON 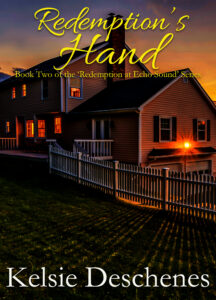 Plans are set for Martha and her friend Cindy to redeem her last days on earth quietly, remembering the goodness of God throughout her life. She still doesn’t know how to tell adopted son Sheriff Tony, but knows that God will guide her.

But the winds of change enter when the husband of Martha’s kidnapped and murdered daughter Ashley calls, asking if she can take in her two troubled grandchildren.

When Martha says yes, will the God Who is offering her grandchildren a redeeming Hand of help also carry her through?

And will Tony find some practical answers for the mysterious break ins at Jeremy Slat’s place?

Redemption’s Hand is volume two in the Redemption at Echo Sound Series. AMAZON