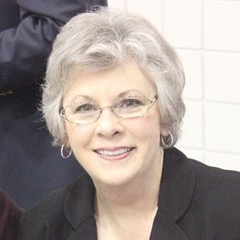 June Whatley has taught first through third grades in a Christian school; she has also taught Middle Graders in two different Christian schools; and has taught Study Skills in the Remedial Developmental Department of the third largest college in Tennessee.

Mrs. Whatley holds a combination Master of Arts degree in Counseling and Education from Regent University in Virginia Beach, Virginia.

June is a wife, mother and grandmother of four of the greatest Grands in history. 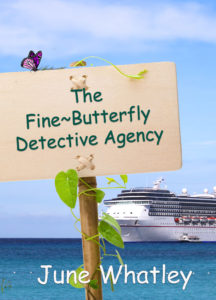 Funny antics, a major criminal, Interpol, a kidnapping and romance are packed into these pages.

When two elderly, widowed sisters are forced out of their home by a flooded kitchen, they are tricked into taking a cruise by someone who mistakes them for Private Detectives. On the cruise, they stumble upon a villain who thinks they’re rich ‘targets’ and tries to take advantage of their seeming frailties.

Join Mildred and Abigail as they stroll under the Caribbean moon, romp on a sunny beach, come face-to-face with a conman and plot a sting operation. Never have two sisters been more opposite, more charming, or funnier.

Designed to captivate women (and men) of all ages. AMAZON 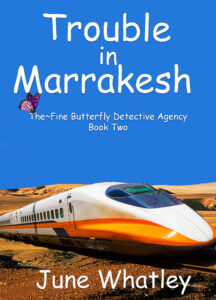 Interpol has requested that Millie appear in Marrakesh, Morocco, at an International Tribunal to testify against the seemly harmless scoundrel they met aboard their first cruise. They soon learn that they and Ferdinand Modesto are in deeper trouble than they ever dreamed.

Joined by her sister Abby, the two are challenged at every turn of their travels. They come face-to-face with an explosion, being taken in for questioning by local authorities, a kidnapping, murder and a phantom-criminal known as Balthazar, all while Millie and Abby endeavor to do the right thing, but will they prevail? 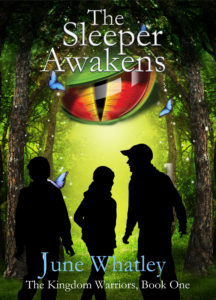 What do three siblings, a talking dove, a dragon, and a King have in common?

They create a life-changing experience for an angry twelve-year-old named Ashton, his ten-year-old sister Shayla, and their thirteen-year-old brother Mican. Join them on an adventure from failing to follow instructions, which leads them into danger, to learning to joyfully serve the King of Kings.  AMAZON 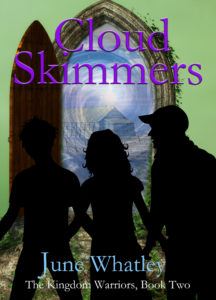 What do three siblings, a talking dove, giants and Time Travel have in common?

Join fifteen-year-old Mican, fourteen-year-old Ashton, and their twelve-year-old sister Shayla in a life-changing experience when they attend an Archeological Summer Camp in New Mexico. There they begin their Time Travel Adventure by skimming across the clouds to various locations in history, including seeing the bones of fallen giants, running for their lives from Noah’s Flood, hiding from live giants and dodging warring factions. AMAZON 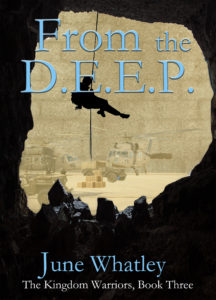 What do three teenagers, a secret underground base and a kidnapped engineer have in common?

As if a flu pandemic weren’t enough to deal with, fifteen-year-old Ashton, sixteen-year-old Mican, and thirteen-year-old Shayla are forced to move when their mother learns the family might be in danger because of their father’s former work, but after they move into a lovely new home, Ashton is tormented at night by a strange sound coming from under his floor.

In an attempt to find the source of the noise, the siblings stumble upon a secret underground base and a man being held hostage.

Do they attempt to rescue him or do they hesitate and risk the man being executed? They have one hour to decide. AMAZON 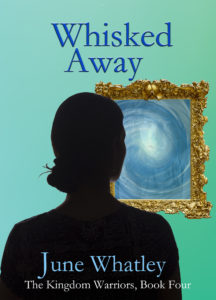 In this story, seventeen-year-old Shayla is Whisked Away from her mother’s wedding day through a time travel portal, a mirror in this case, which has been activated by a young girl on the other side who is being held captive and Trafficked.

This sets Shayla on a God-given mission to rescue and to witness to numerous people of various ages.

During her adventure, Shayla battles the forces of evil with prayer and quoted scripture, but sometimes she is met with physical violence and resorts to physical violence in return to free herself and the children God has sent her to rescue.

Parents, please be aware!
Prayerfully consider, the intention of this particular book, Whisked Away, is to warn children and adults of the real and present dangers of Human Trafficking, while stressing the victory that can be had through the Lord. I felt compelled to write this, but also to warn you of its content.

This book is different from my normal Christian adventure books. Though I have attempted to handle a STRONG subject with non-sexually-graphic-tact, you may NOT want your young person to read this. I definitely do NOT recommend this for children under age twelve. So, with that said, you may want to have your youngster wait before reading this book. I suggest you read it first before making your decision. You know your child better than anyone. AMAZON

BACK TO THE TOP