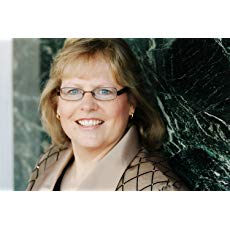 Janelle became a member of American Christian Fiction Writers in the year 2002 and is an active member and leader in one of their critique groups, which has provided many opportunities for growth and development. In 2003, she entered her first novel in the Noble Theme contest and was named one of the top ten finalists in the historical category. In 2004, she had a short story titled ‘A Fair Chance’ published in the e-magazine, Romancing the Christian Heart. In 2005, her third novel, entered in the San Gabriel Writers’ League ‘Writing Smarter’ Contest, won first place. Also, Janelle’s fifth novel made it to the top ten finalists in the Noble Theme contest. 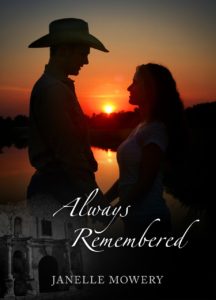 From the siege of the Alamo to the battlefield of San Jacinto, this epic story of Texas’s struggle for independence shows that freedom and love are always worth fighting for.

Rosa Carter plans for the day when she can leave the Alamo to find a better, safer life elsewhere. But her stepfather, a man with a mean streak as wide as the Texas sky, has hidden her mother away in order to force Rosa to deliver valuable information about the Alamo’s garrison and ammunitions stores. Chances of escape look impossible.

Miles Fitch hopes to regain his father’s land in south Texas, so he joins the fight for freedom from Mexico. Inside the Alamo, he is drawn to a dark-eyed beauty named Rosa…until he begins to suspect that she is betraying the cause of the Texans and feeding information to the Mexican army.

Forced to leave the mission, Rosa watches helplessly as Santa Anna’s army closes in. Will the man she loves somehow escape and survive the battle? And if he does, how will she ever prove to him that she is not a traitor? AMAZON

Bobbie McIntyre dreams of running a ranch of her own. Raised without a mother and having spent most of her time around men, she knows more about wrangling than acting like a lady. Still, the friendship of her new employer awakens a desire to learn more about presenting her feminine side…but ranch life keeps getting in the way.

Ranch owner Jace Kincaid figures the Lord is testing his faith when a female wrangler shows up looking for work. Bobbie has an uncanny way of getting under his skin, though, and he’s surprised when she finds a home next to his heart. But when his cattle begin to go missing and his wranglers are in danger from some low-down cattle thief, will Jace trust God, even if it means giving up his dreams? AMAZON

Grace Bradley longs to make her own choices. Instead, her life is governed by the wishes of others…that is, until she finds freedom on the Double K ranch. Grace is fleeing from the man her father chose to be her husband. But when her heart is captured by her new employer’s best friend, and she finally understands the meaning of God’s sacrificial love, she relinquishes her independence in order to save the ones she loves.

Cade Ramsey, owner of the local livery, contemplates running for dear life from the accident-prone stowaway he unwittingly brought to his hometown. The trouble that trails her seems to latch on to him at every turn. But when Grace manages to win his calloused heart, he chooses to intervene to keep her from following through on a decision that could ruin both their lives. AMAZON

Rachel Garrett finds that her dream of becoming a nurse is fraught with peril when she’s blamed for the death of a patient. And Luke Mason, a deputy sheriff with a wall around his heart, isn’t helping matters. But when Rachel learns why Luke has built his barricade, her desire to heal confronts an even greater challenge.

Luke turned his back on God and became a deputy in order to find the men who killed his father. Now he’s run into the fiery Miss Garrett, who is constant reminder of his lost faith. Rachel soon finds herself in need of Luke’s protection from and unknown assailant—could this be the force that sends his defenses crashing down around them? AMAZON 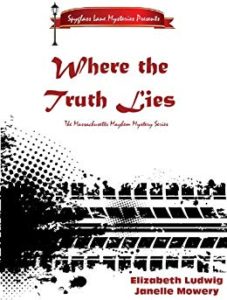 Casey Alexander refuses to believe her aunt committed suicide. Convinced a murderer is hiding out in her aunt’s sleepy hometown, she’ll do anything to uncover the truth. But as her personal investigation produces mounting evidence, the danger to Casey grows. Now she’ll be forced to trust certain residents of Pine Mills for help, including local nursery owner, Luke Kerrigain…the man with whom she’s falling in love with…and who may be stalking her.  AMAZON

Hone your investigative skills with Died in the Wool, a mystery filled with humor, suspense, and romance. Monah Trenary is battling for city funds for her beloved library. When a rival for the much-needed monies winds up dead, Monah is considered one of the prime suspects. When a second corpse weighs in, police detective Mike Brockman discovers that, according to the evidence, Monah and monkshood are a lethal combination. Can Monah and proven sleuth Casey Alexander find the real killer before this librarian is booked for murder?  AMAZON

Life has been anything but quiet since Casey moved to Pine Mills, Massachusetts. First, she thought her Aunt Lydia committed suicide, then someone tried to kill best friend, Monah Trenary, and now, an innkeeper’s maid tumbles to her death at Casey’s bridal shower!

Determined to figure out the identity of this Pine Mills’ latest criminal, Casey Alexander embarks on a full-fledged investigation. She begins by enlisting her best friend’s help, and the aid of her fiancé, Luke Kerrigan. Together, the tree of them begin mapping out clues they hope will lead to the killer. AMAZON