Author Fran McNabb grew up along the waterways, beaches, and islands of the Gulf Coast and uses this setting in many of her romances. Her publishing credits include twelve novels with nine of these still available. All of her fiction can be classified as sweet, light romances. Fran has non-fiction pieces published in two anthologies with the Gulf Coast Writers Association, one in Chicken Soup for the Soul, Arthritis Edition, and numerous pieces in group newsletters. She is an award winning author with several of her books and essays winning or placing in the top categories of writing contests.

Fran earned her BS and ME degrees and taught high school English and journalism and sponsored the yearbook and the school newspaper. Throughout her teaching career she also found time to tutor home-bound students and teach refresher classes for Navy personnel and a writing class as an adjunct community college instructor. As a former teacher, it was natural for her to ease into the role of author and workshop presenter. Fran has presented writing and publishing workshops at numerous conferences, writers’ meetings, and library and reader groups and has donated her time to teach at her city’s cultural center.

Fran and her husband live on a quiet bayou harbor on the Gulf Coast where she spends her time writing, reading and boating. Together they have two sons and two grandsons. 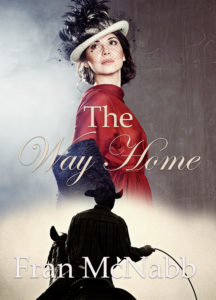 Abigail Cook never fit into the life of her prominent Boston family. When vicious lies surround her broken engagement, she endures a grueling stagecoach ride to Independence, Missouri, to start a new life. What she finds is nothing she expects.

Arriving on the edge of the civilized world with no job and no place to live, she must put her life in the hands of faith. She accepts a job as a governess at a ranch outside of town where she meets Lucas Fletcher, the handsome widower and former army officer, whose life is in as much turmoil as hers.

After losing his first wife, Lucas turned away from God and from living. Can Abigail show him the path to accept faith once again and to open his heart to love?  AMAZON

When a single mother in a small Gulf Coast town meets a successful New York businessman from her past, sparks begin to fly. But as they fall in love, secrets he’s determined to keep from her threaten to destroy their fledgling relationship.

Nicole Russo runs a café to support herself and her sick daughter and to pay back her late husband’s enormous debts. Independent and unwavering, she refuses to rely on any man to help her financially, even one with a guilty conscience.

Slade Larson, a rich bachelor, has no intentions of staying in his former home town, but meeting Nicole and her daughter Em throws his well-laid plans into turmoil. He has no idea how to deal with the feelings he has for Nicole and Em.

Can the healing power of forgiveness and love bring them back together when Nicole finds out the truth? AMAZON 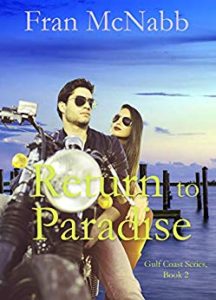 A thirteen-year secret. A love that never died. Consequences that had to be faced.

Brianna Westbrook knew it wouldn’t be easy to return to her hometown to face Mac Larson, the father of her son. For thirteen years Brianna raised Lance alone, thinking it was the right thing to do. After their breakup, Mac had moved on without her, married someone else and had two daughters. She wouldn’t interfere with his life.

Now things were different. Mac was divorced and her son had gotten in trouble in Houston. Brianna and Lance both needed what her small hometown offered, but by going home she’d have to expose her secret and face the man she had never quit loving.

Mac Larson loved Marsh Isles and the restaurant business. Even when he returned from college to make this his home, he knew he was walking away for the love of his life. Now Brianna was back in town with a secret that would change his life forever. Could he forgive her for keeping his son away from him?

Would Marsh Isles bring Brianna and Mac back together? AMAZON 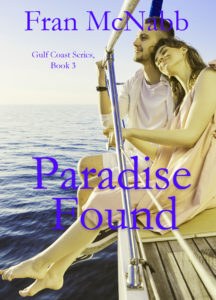 Tiny Marsh Isles becomes a sanctuary for two people trying to start over, but is it enough to overcome the turmoil in their lives.

Former SEAL Tucker Ladnier returns to Marsh Isles after a wound in Afghanistan ends his military career. He chooses to live on a boat in Paradise Marina as he learns to cope with civilian life, physical wounds, and PTSD. When he takes a near-death kitten to a local veterinarian, Tucker meets Amanda Murphy. Tucker feels an immediate connection to Amanda, but until he gets his life under control he has nothing to offer her.

Dr. Amanda Murphy leaves a fiancé and a lucrative practice in San Francisco and returns to the Gulf Coast to regain her independence and self-esteem. Opening her own small clinic is just what she needs to rebuild her life. Falling in love with Tucker Ladnier is not in her plans, especially when he distances himself from her.

Can Amanda and Tucker work through their problems to find their paradise in Marsh Isles? AMAZON