Eliza Scalia is currently a Masters student for Clinical Mental Health at Troy University. She enjoys reading and needlework, as well as hanging out with her two pets, her dog Maggie and her cat Dusty. Eliza has been writing for many years and has published the Death’s Assistant series for young adults.

When Colomba and Luis began their first day of high school, they didn’t expect to be given superpowers in the form of magical pins. Whenever Colomba uses her magical pin, she transforms into the superhero Silver Dove. She has super strength, she can fly, and she can’t get hurt. When Luis uses his pin, he becomes the Crow; he has the power to create shadow- like monsters whenever he wants, he can fly, and he can give other people super powers.

Colomba wants to use her powers to protect people from evil, but Luis isn’t sure. Should he use his powers to make the world a better place, or should he use them to get revenge on all of the bullies in his school who pick on everyone, including him? AMAZON

Fate has been decided. Colomba and Luis have decided how they will use their powers. Colomba will use hers to defend the innocent while Luis will use his to give bullied kids the vengeance he feels they deserve. Luis is determined to reach his goal. There is only one problem though, who will be the first to receive his “gift” of superpowers? As he is trying to find this person, he and Colomba are introduced to the incredibly shy Jade Elizabeth. She is picked on constantly, but never says a word. Could Luis have found his first soldier? Or will Jade Elizabeth refuse the temptation of the power he can give her? AMAZON 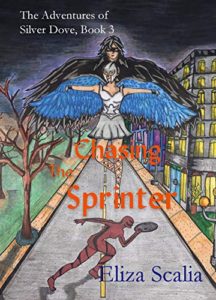 Horror and misery follows Colomba in her dreams as nightmares of the Crow haunt her every time she closes her eyes.

No matter what she tries to do, the monsters in her nightmares chase her, not letting her get any rest. As this is happening, the entire school is excited since one of their sports teams, the girl’s track team, will be going to nationals thanks to their star player Cheyanne.

An accident sends the entire school into shock and what follows brings Cheyanne from the top of the school popularity pyramid all the way down to be crushed at the bottom.

There she may fall into the waiting arms of the Crow. AMAZON 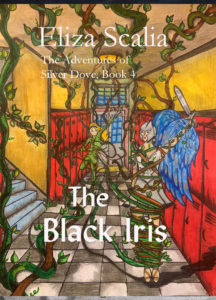 An unexpected problem has arisen in Colomba’s life. Due to what happened when the Crow last attacked the school, everyone now thinks that she is siding with the Crow and she is now a target of ridicule and hate. Luis sees what Colomba is going through, but is powerless to stop it. He must avoid her to prevent her from being hurt by one of his oldest enemies, something that gives him great pain. As this is going on, Colomba and Luis are introduced to a girl named Rosie who is constantly bullied for something she has no control over. Rosie is autistic and has a hard time understanding the world and everyone in it. Will she let this pain and confusion consume her, or will she fight the temptation the Crow gives her? AMAZON 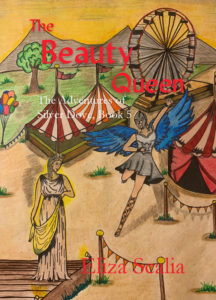 Beauty is something that everybody wants, but sometimes it can be more of a curse than a blessing.

That is something that Colomba and Luis discover when they meet a young woman named Shay at the county fair. Shay is taking part in a beauty contest at the fair, but not many people are happy about this. Jealousy from the other girls, as well as some crooked dealings with one of the contest’s judges, constantly hurts Shay and her chances of winning in a fair way. Luis believes that maybe she could use a little assistance from the Crow. AMAZON 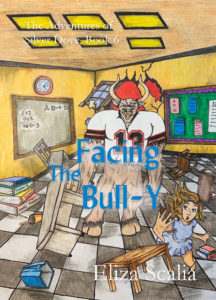 There’s a new villain in town

Luis and Alex have always hated each other, but now their hatred has reached a boiling point. The school is excited about a big football game that’s coming up, and everyone knows that Alex will be the star of the game. Luis is frustrated seeing everyone treat Alex like a hero when he knows that Alex really is a villain. What makes it worse is that Alex seems to be getting closer to Colomba as well. Maybe Luis just needs to show the world what Alex really is. AMAZON 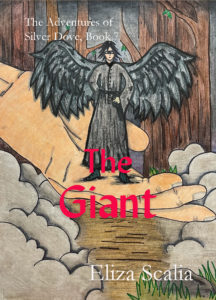 Colomba and Luis have been fighting each other as Silver Dove and the Crow for almost two years now, but new feelings are starting to rise in their fight. Colomba is losing hope as Silver Dove. No matter how many times she fights one of the Crow’s soldiers he always comes back, and the school is beginning to doubt her.

No matter how many times she fights to do what is right, she still sees the other students hurting each other. She feels that she will never change anything. Luis, on the other hand, is gaining hope. He hears everyone saying cruel words about Silver Dove while he is starting to hear more people say kind words about the Crow. As this is going on, a boy, Kal, is being hurt by everyone since he is bigger than them.

Luis thinks that he may have found the final soldier he needs to take down Silver Dove, once and for all. AMAZON