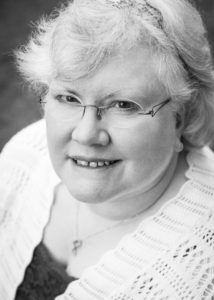 Diane E. Tatum is a Christian novelist. Her first book, Gold Earrings, is an outgrowth of a short story written in a high school creative writing class. She has self-published a 2nd edition of Gold Earrings, Mission Mesquite, and the first book in an American historical romance series, Colonial Dream, A Time to Fight.

Diane also recently published a Bible study guide for youth workers called Tatum’s Teen Themes for Today: Topics and Resources for Youth Bible Study. Diane has written many assigned pieces for Lifeway, including curriculum, devotions, and assigned articles for leadership magazines. She has also branched out into freelance publication including poetry, leadership articles, a story for teens, and helps for parents. Diane has two blogs.

In addition to her writing career, Diane taught middle school language arts for 11 years. She continues to work as a church youth group leader and worker since 1981. Her 2009 “retirement”

from teaching middle school allows her to focus on her own writing. Diane works as an Adjunct Professor at Motlow State Community College. She is teaching Composition in the dual enrollment program at Tullahoma High School. Diane and her husband, Ken, live in Tullahoma, Tennessee. They have two sons and daughters-in-law, one couple in Beaumont, TX, and one in Crofton, MD. They now have four grandsons: Ethan, Kellan, Paul, & Jonathan. 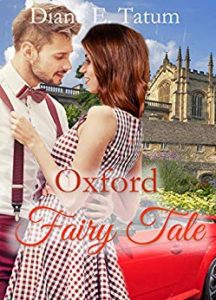 Caroline Jennings never expected to live her own fairy tale when studying the lore and literature of England at Oxford. Eddie Martin, an anthropologist working on a doctorate, lives next door and is the future Lord of Oxfordshire. She must return to her classroom in North Carolina at the end of her sabbatical. He would give her his fortune if she would stay and become his Lady Caroline. How can they find their happily ever after? AMAZON 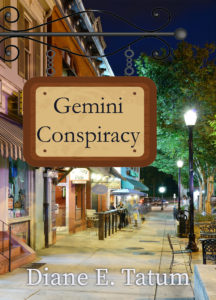 Dorie Hudson, reporter for the Daelin Beacon, is investigating a series of break-ins and burglaries across Daelin, GA. One witness identifies the culprit of an arson as chief of police Riley McDonough, escaping in a stolen purple car. Who is this look-a-like criminal who shares Riley’s DNA? He is targeting all the people Riley cares about, even his dog.

What other secrets does Daelin have to offer about Riley’s Mama Mary and Ross’s childhood?

What secrets is Dorie hiding from herself as well as Ross?

Is anyone safe in Daelin with Riley’s ‘evil twin’ on the loose? AMAZON

Dorie Hudson, a new journalism graduate from Virginia Tech, moves to small town Daelin, GA, to work for the Daelin Beacon as the Lifestyles Editor. Within the first weeks of her time in Daelin, she finds the town up in arms about the kudzu ‘sculptures’ swallowing the loblolly pines on the road into Daelin. Why won’t the mayor allow the nursery man Ross MacAvoy to tear down and destroy the overgrowing vines? What’s hiding in the kudzu? As the mystery deepens, Dorie finds most people are like the kudzu, beautiful and polite on the outside, but dead and self-serving on the inside. 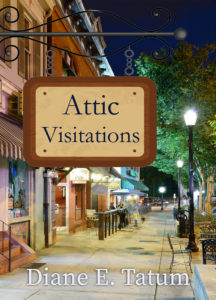 Ross and Dorie are planning a Christmas Eve wedding.

Someone wants Dorie out of the way, permanently.

Could it be his mother, escaped from Central State Hospital?

Ross really thought Dorie was imagining things while he was in California, but now that he’s home, though sleeping at Riley’s until the wedding, she continues to see things being moved and lights on in the attic. When someone steals his credit card and sends Dorie flowers from him with it, he just has to find out what is going on. Dorie finds out the secret about what happened with Ross’s mother on Ross’s 5th birthday party that Riley, Emmie, Jared, Bobby, and Joe attended. Planning for a Christmas Eve wedding after their trip to St. Louis at Thanksgiving makes the timetable tight while someone wants Dorie out of the picture, permanently. AMAZON

Amanda, Colin, and Ben. All they ever wanted was to be in the Colonies, to escape the tyranny of the English aristocracy, to worship freely, to build a life together.

Colin Michael Browning dreams of a new life in the American colonies. He works in the family business as a blacksmith. Amanda Andrews is Colin’s soul mate who embroiders in her father’s tailoring shoppe. Benjamin Andrews, Amanda’s twin brother and Colin’s best friend, is a theology student who rejects the Anglican Church during a time of persecution of Protestants in England. Ben yearns for the religious freedom available in Colonial America. These three plan a wedding and a journey to the New World. Their plan is derailed when Colin is forced into joining the King ‘s Army.

The wedding interrupted, Ben and Amanda fulfill a promise to Colin to go to the Colonies without him while he begins his obligation to the King’s army. Ben and Amanda move to Boston just before the American Revolution begins. Colin’s unit is also moved to America to fight against the colonists. Colin will commit treason to be with the woman and nation he loves. Divided by loyalties and responsibilities, Colin, Ben, and Amanda struggle to begin their Colonial Dream. AMAZON

Michael Browning, a child of the American Revolution, becomes surrogate father for his four siblings after the early death of his parents. His Uncle Ben has also died, leaving the pulpit empty in the church he started after the war. Bitterness has overcome Michael as each of his siblings finds love with only his youngest sister, Louisa, remaining at home. When the new pastor and his daughter, Susannah, take over the rectory adjacent to the Browning home, he cannot accept Reverend Hawthorne as a substitute for his Uncle Ben. When Louisa falls in love with Susannah’s cousin Theo, Susannah encourages Louisa to elope and offers to serve Michael in her stead. Susannah enjoys matchmaking and sets out to find a match for Michael.
When Michael’s brother Isaiah is taken by the British Navy, Michael must leave his bride before the wedding to find and save his brother as the country begins a new war with Britain.

Can the beauty tame the beast and his bitterness to create a new relationship based on trust and love?
How will a second war for Independence from Britain affect their love? AMAZON 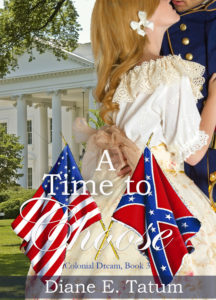 One man committed to serving God and country.

One woman committed to bringing slavery to an end.

Captain Andrew Browning’s new assignment is to head up security at the Lincoln White House. A Virginian and a longtime friend of Robert E. Lee, he must decide whether to resign from the Union Army. His long-time fiancée is a beautiful Southern belle whose father runs a plantation with slaves who were Andrew’s childhood friends. His choices will also affect his family: his blacksmith father, mother, and twin sisters.

Maggie Strickland’s mission is to bring a petition from Massachusetts abolitionists to Lincoln demanding an end to slavery. A Harvard graduate in political science and journalism, Maggie writes about her passions and the war under a pseudonym. She plans to change the South and give her heart to Andrew, a man who has made difficult choices and is embittered by his former relationships. Impetuous and driven, Maggie’s passion for her family, justice, and God determines her choices.

A Time to Choose is a Christian historical romance set in Washington, DC, during the Civil War years.

Can two people make the world a better place to raise the next generation of Americans? AMAZON

Daughter of a bordello madame and an Italian captain of the seas, Angelina Mercy longs for a new life, free from the condemnation associated with her mother’s home in Boston. A former navy man, Jonathan Thomson has accepted God’s call and become a minister of a small congregation. Adrift from his Yankee heritage in the Missouri plains, Jonathan longs for a family of his own. Pursuing Alice, the daughter of the town’s wealthy patron, Jonathan believes he can tame her wild ways and accomplish more as a preacher once so established.

When Angelina’s guardian and Jonathan’s seminary professor learn of Jonathan’s misguided intentions, he seeks out a solution to aid both individuals, providing a new home for Angelina in St. Joseph.

Can Jonathan ignore Angelina’s Gold Earrings, a constant reminder of the implications of her less than pristine parentage? And will Alice succeed in keeping Jonathan from Angelina? The resilient heroine of Diane E. Tatum’s novel will inspire you in this touching tale of love against the odds. AMAZON

While Kate Lawrence ‘s parents served in Cote d’Ivoire as career missionaries, Kate’s education came in a French boarding school and American University in Paris and Georgetown. Now a Foreign Service Officer for the US State Department, she wants nothing to do with the missionary lifestyle. When she finally agrees to visit their new mission post Mission Mesquite, the rodeo church at the Mesquite Arena in Dallas, Kate meets Tyler Hawkins, attractive All American Cowboy who has since been crippled by a bull trampling. They have an instant connection, but Kate doesn’t know that Tyler has just completed seminary and mission training and is poised to take over Mission Mesquite once her parents retire. How can Kate resolve the conflict between her and God and her heart? Will Tyler’s past as a free-wheeling cowboy cut short his ministry? Mission Mesquite is a contemporary Christian romance. AMAZON