Debra Lynn Collins is an Amazon No# 1 bestselling author. She was born and raised in Georgia, but moved to Gaylesville, Alabama after her 1981 marriage. She considers herself a Georgiabamian. God has blessed Debra with four children and seven grandchildren. Through the years, she has tried her hand at many, many crafts. Everything from quilting, candle making, woodworking, cake decorating, scrapbooking, and the list goes on and on. She is now living her own happily-ever-after ending with her biggest fan and husband, Steve, while writing contemporary Christian romances. Debra is a graduate from The Long Ridge Writers Group and an active member of ACFW (American Christina Fiction Writers)

Jilted by her ex-boss just days before the holidays, Jayden Sullivan needs to get away, so she heads back home to Holly Springs, North Carolina. Conned by her sister into sitting on Santa’s lap at the mall, she blurts out her secret wish to him. Shortly after that encounter, she begins to receive mysterious gifts, but she has no clue who is sending them.

Ethan Perry is surprised to hear his old high school sweetheart is coming home for Thanksgiving. He’s even more surprised when she shows up at the mall where he is playing Santa Claus. Since she has no clue that it’s him under the beard and not Santa that she’s sharing her Christmas wish with, does he dare express to her that he still has feelings for her? Making her wish come true is his only option. After all, isn’t Christmas all about miracles and secret wishes? AMAZON 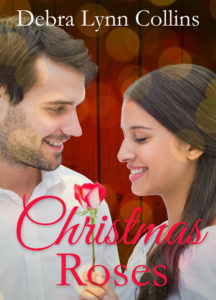 Suddenly, Sierra Marshall finds herself anonymously receiving roses along with various date invitations from men she barely knows. She wonders what is going on. When she discovers the truth, she is heartbroken and questions if the man she trusted is in on the whole matchmaking scheme.

Corbin Whitley is in love with Sierra and has been since the day he first laid eyes on her. When he discovers she is single again, he decides to do whatever it takes to win her heart. Just when he thinks that is happening, something goes terribly wrong. Will he be able to fix the wrong done to her, or is it too late? AMAZON

Who knew jumping out of a window would change her life forever.

Amber Lexington has to make one of the biggest decisions in her life, and she only has seconds to make it. It’s either jump out of a wedding chapel window or be trapped in a loveless marriage forever.

Rejected and abandoned by his fiancée, Nolan Spearman needs a reprieve to get his life back on track. When his parents offer him the job of remodeling their newly acquired beach house, Nolan gladly accepts. It’s the perfect plan. That is, until his twin sister and her best friend, Amber, show up and throw a wrench into his well-laid plans. Will he be able to keep his heart from falling in love again? Especially with a woman who harbors a secret that could change everything? AMAZON

When Camellia Stewart’s grandfather has a heart attack, she returns to Midvale, Alabama to help her grandparents on their farm until her grandfather is back on his feet. The morning after her return, she confronts Brody Tarvin, her grandparent’s new neighbor, with a shotgun.

Even though the neighbor’s granddaughter threatened to shoot him, Brody can’t stop thinking about her. After hearing about her grandfather’s heart attack, he decides to lend Camellia a hand on her grandparent’s farm. He finds himself falling for the woman with the beautiful smile until he discovers she has a boyfriend back home in Birmingham. Can Brody win her heart and convince her to stay in Midvale, or will she go back to the big city and leave him behind? AMAZON