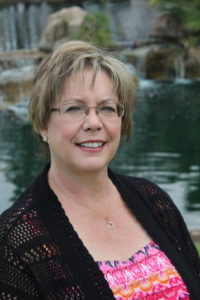 Multi-published and Amazon and ECPA Best-Selling author Cynthia Hickey, writing as Cynthia Melton, has sold close to a million copies of her works since 2013. She has taught a Continuing Education class at the 2015 American Christian Fiction Writers conference, several small ACFW chapters and RWA chapters, and small writer retreats. She and her husband run the small press, Winged Publications, which includes some of the CBA’s best well-known authors. She lives in Arizona and Arkansas, becoming a snowbird, with her husband and one dog. She has ten grandchildren who keep her busy and tell everyone they know that “Nana is a writer”. Follow her on Amazon here. 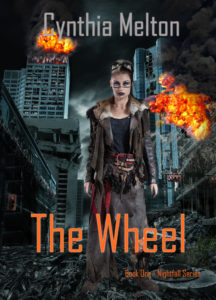 A future determined by the spin of a wheel.

A girl chosen to change the course of the world.

On Crynn Dayholt’s eighteenth birthday, she spins the wheel. The needle lands on the only black square. For ten years or her death, whichever comes first, she is now the leader of a group of people called the Stalkers. People sent from the safety of Soriah to clear the city outside the wall of Malignants, a breed formed by earth’s desecration.

But Soriah holds a secret. One Crynn wants to expose.

Fawke Newton, the Stalkers’ best fighter is reluctant to go along with Crynn’s daring plan. He has two more years to serve before he can return to Soriah. Would he jeopardize everything for her?

The Stalkers fight not only Malignants as they travel a city still on fire, the air rank, the rain poison. All their lives will be forfeit if Crynn’s plan fails.

Is she up to the task? 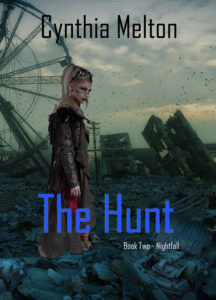 An act of rebellion.

Mankind is the real monster.

A hunt for something that will turn the tides of war.

Thrust into a role she doesn’t want, Crynn Dayholt must lead a group of rebels against the city of Soriah. But first, her group must find a hidden armory and build an army strong enough to conquer a seemingly endless swarm of soldiers.

The hunt is long. The approaching war huge. Soriah’s secret is revealed.

Is Crynn capable of the task set before her? How many of her people will die in her quest to defeat Soriah? AMAZON 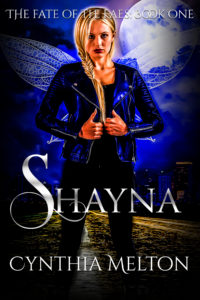 … only a warrior fae can stop it.

The last thing Shayna wants is to convince a human to help her fight the evil encroaching on their world. Unconvinced anyone will believe her, Shayna leaves her world for the human one.

She faces an old friend turned traitor and an undead that wants to destroy her. But when she attempts to enlist the aid of a handsome cop, he refuses to believe in magic.

A war between worlds is looming. Will Shayna survive the task given her? AMAZON 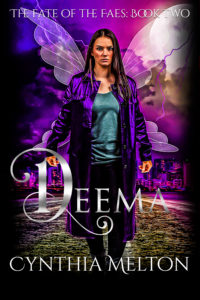 Can an odd group of fae, human, leprechauns, and witches save not one world, but two?

What’s a fallen fae to do when trust has been lost?

The epic battle between good and evil continues.

Once a follower of the dark, Deema’s responsibilities increase as she strives to prove her worth to a race of fae she’d once betrayed. Not only is her life in danger against an evil traitor’s creation of a new breed of demon, but she longs to bind herself to a human…something forbidden to an heir of the throne.

Shayna becomes queen of the faerie, but refuses to lay down her sword. Once a warrior, always a warrior. She changes laws, rebuilds, and steps alongside Deema to fight an evil horde set on destroying not only the human world, but her’s as well.

Who will be the victor? AMAZON 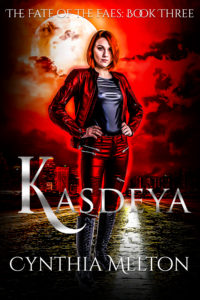 From leader of evil, to outcast, to wanting revenge…

Kasdeya joins forces with the faeries in hopes of witnessing first hand the destruction of Abaddon. She’d forgotten what it felt like to be human, with a heart that could be broken. Now, she would fight alongside the very people she’d once tried to extinguish and find that being human came with its own treasures.

Namely in the form of Detective Luke Marshal who saw through the darkness in Kasdeya and pulled her into the Light.

The final battle has come.

How many lives will be lost?
In this final book in the trilogy of The Fate of the Faes, a group of brave warriors must stare evil in the face. No one will walk away unscathed.
The fate of two worlds rests in one woman’s hands.

Can Kasdeya’s heart remain true or will she return to the power of the dark? The fate of two worlds rests in her hands. AMAZON

FIRST IN SERIES OF SEVEN 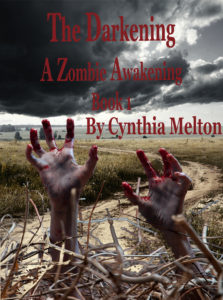 It’s not about the ZOMBIES, it’s about the SURVIVORS

Attempts to divert a giant meteor from striking the Earth fail. Instead, the meteor was broken and showered the earth with many. One of which strikes a government test facility unleashing a plague like none the world has ever seen.

Chalice Hart watches her mother die and then flees their home with her brother and sister. They team up with another group of survivors and head west in search of a safe zone.

The horrors they encounter were only imagined in Chalice’s nightmares. The one redeeming factor is the handsome Colton Morgan. A young man who quickly becomes much more than a friend. AMAZON