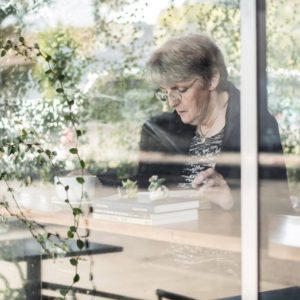 Colleen K. Snyder has always had a passion for writing. She authored two previously published books: Journey to Amanah: The Beginning and Return to Tebel-Ayr: The Journey Continues (B&H Publishing). She lives on a “ranchette” in California and is training as the (very) junior ranch hand. She serves on her church prayer team and exercises a ministry of encouragement. Colleen has worked as a factory line worker, pharmacy technician, USAF missile systems analyst, janitor, nanny, teacher, and whatever else the Lord required. Her story is for His glory, always. 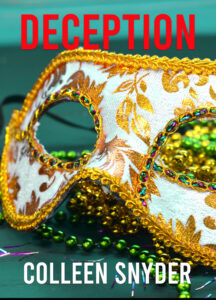 “One man in a thousand, Solomon says, will stick more close than a brother…But the thousandth man will stand by your side, to the gallows’ feet and after.” Rudyard Kipling

Who is your “thousandth man?” The friend with who you can share your heart and soul? The one who knows your triumphs, your loves, your weakness, your fears?

What if they betray you?

Someone is trying to destroy Collin Farrell by tormenting her with reminders of the past. They are planting letters in the house—while she’s home—threatening her and her children. The same someone has let loose lies and rumors that can destroy Collin’s reputation and character.

Only a friend would be close enough to pull it off. But which one? Who hates her? Who wants to drive her away from the church? Destroy her family? Can she distinguish between who loves her and who is merely pretending? Can you? 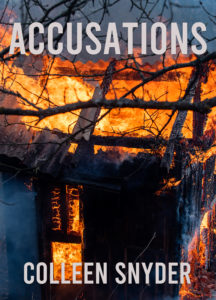 When was the last time you lied?

Do you lie to keep a secret?

Or do you keep a secret to hide a lie?

Collin Farrell has a secret, and she can’t wait to tell her husband.

Jeff Farrell has a secret, too, one he’s been hiding from Collin since before they married.

Collin’s brother, Erin, has a girlfriend with a secret she won’t tell.

Vy Johnson is a DEA agent who knows all about lies and secrets.

What happens when Secrets and Lies collide?

Cars get crushed (with the drivers inside.)

Can God work even this together for the good of all involved and still get the glory from it?  AMAZON 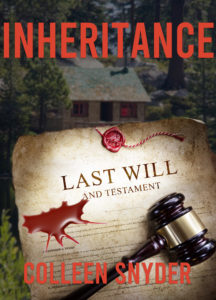 You’re a social worker. How do you maintain “street cred” with the kids you’ve devoted your life to?

How will that kind of money affect the man you love?

And then there’s your birth family. The ones that abandoned you to die at fourteen. The ones you suspect even now are trying to have you killed over the money. How do you share with them? Or do you?

What would Jesus do? What would He want you to do? Would you do it? 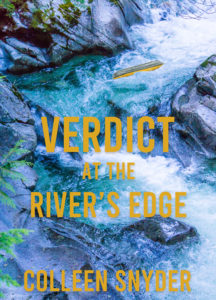 A serial killer’s next target.

A woman must face her greatest fear.

Collin Walker, a twenty-six-year-old youth worker on the hard, downtown streets of Oakton, Ohio, has come to West Virginia to an extreme sports challenge camp. Single and single-minded, she is there for one purpose: to show her ward, Robbie, that there is more to life than the ‘hood.’

Collin has no way of knowing that the week ahead will force her to face the river she has feared since childhood, a murderous assailant, and perhaps the greatest challenge of all: the possibility of love.

The first night there she meets the twenty-eight-year-old camp maintenance man, Jeff Farrell. His easy banter, gentle humor and quick wit intrigue Collin. Through the week, as their paths cross over and over – and over and over – Collin finds herself drawn to the man as none before. Yet for all his openness, Jeff seems to be keeping secrets.

Though he shares freely about his background, he hedges when pressed for details. He talks with familiarity about the camp owner but refuses to reveal the man’s identity. Collin suspects there is more going on than she is being told. Then Robbie chooses to take the class in white water rafting and asks Collin to come along. Collin must summon all her faith to face her fear of the river.

But when a serial killer makes her his next target will she still depend on faith to see her through? Can she “walk the talk” when the challenges of the week spiral out of her control? AMAZON 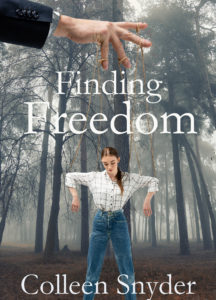 The stakes couldn’t be higher.

Thirty-six years of marriage. Two children. Two granddaughters, the lights of her life.

Her home. Her friends. Her church. Her God?

Will she throw it all away for freedom? Freedom from abuse? From neglect? Subjection?

And what if he comes after her?

For Sheridan (Dash) Warren, the options have never been more clear. Stay, keep the status quo and watch her life descend further and further into the soul-stealing denial of all that is Dash Warren, all that is life and light and joy and peace…

Or abandon it all in a desperate flight to save what little of her true self she has left. If God is for her, who can be against her? But is God for her? Is He leading her out, or is it her own voice she’s listening to?

And what will her husband, Roy, do if she does run? He’s been violent before. Will he come after her? What if he catches her? What will her future look like? Will she even have a future?

Dash must make the decision of her life. Can she make the right one? AMAZON