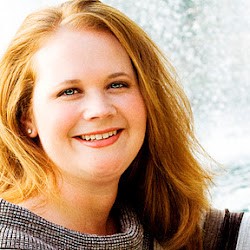 Christy LaShea is the author of heartwarming southern romance. As an only child, Christy loved entertaining others. She fell in love with the idea of writing at ten years old when her grandmother let her watch the televised version of Gone with the Wind. Then Christy wanted to rewrite the ending so that Scarlett would have a happily ever after. By seventh grade, she tried writing mysteries. During high school, Christy became interested in acting and set writing aside. Following college, Christy married her high school sweetheart. Married over twenty years, Christy and Billy have two children, Downey and William. Christy returned to writing in early 2000 and joined Romance Writers of America and American Christian Fiction Writers in 2006. In 2009, Christy’s Contemporary Romance won ACFW’s Genesis Contest in Contemporary Romance under the title The Bridge Between. After more years of studying the craft and entering her manuscripts in multiple contests, publishing a book seemed out of reach.

In 2018, at the age of 43, Christy was diagnosed with breast cancer which had spread to her lymph nodes. The diagnosis was a wake-up call, but Christy was determined to succeed. Blessed by the prayers of her family, friends and church, Christy completed chemotherapy, radiation, and a double mastectomy successfully. All the while, she has continued to work full time as a claims adjuster and kept writing during her free time. Christy’s cancer treatment is concluding at the end of 2019 and her doctor’s have confirmed she is cancer free. Christy gives the glory of this diagnosis to her Heavenly Father.

Christy’s first novel, Hope Between Us, is a contemporary romance, released in November 2019 by Forget Me Not Romance, a division of Winged Publications. 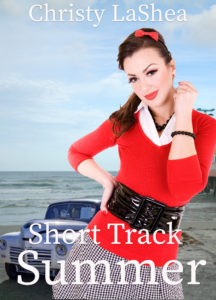 Waitress Maggie Sheridan mooned over Lance Elrod for many months, believing she’d someday marry the landscaper and live her dream life growing tulips in her very own house in Hickory Creek, Georgia. But when Lance returned from vacation engaged to a socialite, Maggie’s plans were upended with her tray of stuffed appetizers.

Mechanic Clayton Hinton has lost his racing team and his girl, Betty, to arrogant and self-absorbed Lance. When he smashes into Maggie at Betty and Lance’s wedding, an impulsive kiss causes everyone to believe Maggie and Clayton are a couple. During Florida’s Summer Racing Series, Clayton decides the only way he can make it through the race is to join the Sheridan Racing team.

Maggie cracks under anything related to competition, but Clayton is determined to convince her that she can accomplish anything she sets her mind to, even when the odds are against her. When Clayton’s determination steers away from the race, and focuses on how Maggie makes him feel, can these broken hearts give love a second chance? AMAZON 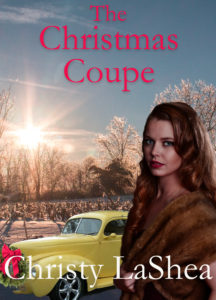 Susannah Sheridan isn’t like most women. The twenty-one-year-old would rather tinker with an engine than shop for frilly dresses. The only thing she’s looking forward to this Christmas is seeing her brother win the short track race on Christmas day. But when her brother is injured, his opportunity to drive is snatched away.

Smooth-talking race promoter, Terry Boone, encourages Susannah to follow her dreams, despite her family’s arguments, and drive in the Christmas race.

Detective Nick Mackenzie is determined to stop the criminal actions of the shady race promoter before Boone slips out of town with race winnings. But when Susannah decides to race, it places her in the middle of Nick’s dangerous plan to bring Boone to justice. Nick cares deeply for Susannah, but he’s never let her know. The more they work together in preparing for the Christmas race, keeping Susannah safe becomes top priority. Nick initiates a plan that involves a fake engagement, and keeps his plans of arresting Boone a secret.

But when Susannah learns Nick hasn’t been honest with her, will Nick lose his chance to catch the crook and convince Susannah to become his wife? AMAZON 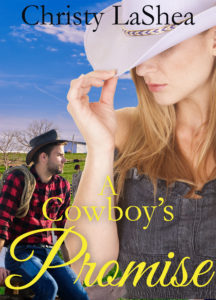 In the town of Little Tree, Georgia, the Avery Farm and Cattle Ranch have become known as a business operating with honor and prosperity. Daniel Avery, the oldest of four sons, is known for his stubborn business sense and has worked tirelessly to continue the legacy started by his grandparents. Disfigured by a fire when he was twelve, Daniel continues to be haunted by the memories of his abusive parents. He has vowed never to marry or have children.

Although Daniel is a shrewd businessman, he lacks organization. According to his aunt, anyone would have to be desperate to work as his office assistant.

Jessa Ryan happens to be desperate.

As the foreman’s daughter, Jessa grew up on the Avery Ranch. But, as she got older, she decided farming wasn’t her thing. She’d rather paint the landscape than drive a tractor over it. Harboring a secret, Jessa returns home and stuns her parents with the news that she’s dropped out of nursing school to pursue her artistic dreams. Working as the irritable Daniel Avery’s office assistant is as appealing as the sound of fingernails scraping across a chalkboard, but Jessa lacks choices, money, and time.

Sparks fly between Jessa and Daniel from day one, but soon the secret she’s come home with is revealed. Discarded by her abusive ex-boyfriend, Jessa’s confidence is at an all-time low. But Daniel brings out the fire in her and her spunk returns. When her safety is threatened, Daniel realizes he’ll go to any length to protect those he loves. Suddenly, the lifestyle Daniel once rejected is the path he’s fighting to hold. He’s scared of rejection, but he’s more afraid of losing Jessa.

Though Daniel offers so many things she needs, Jessa fears Daniel’s motives for being with her are all wrong. Will her cowboy leave when life gets hard, or will he keep his promises?  AMAZON 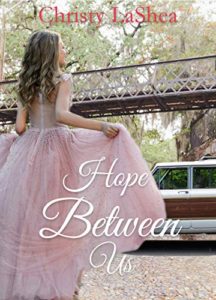 Aimee McClain returns home to Point Peace, Georgia, hoping for a fresh start. She wants to find a new treatment for her seven-year-old son’s Aplastic Anemia. After the devastating loss of her parents and her husband Aimee can’t lose someone else she loves, but as a single mom with limited resources, she’s running out of time and her son’s life is at stake.

Ever since being behind the wheel the night his best friend died, Seth Garrett works hard to help people. He is a coach and a teacher, he helps his parents, he feels like his debt of sorry will never be paid. At first, Aimee is just another person who Seth can help, but soon he realizes her trouble is a lot more than fixing an old car.

The Kevin Ridley Walk/Run, an event Seth started ten years earlier to honor his best friend, has garnered statewide attention and continues to raise money for underprivileged youth. When Aimee’s family asks Seth to help her organize a bone marrow drive and fundraiser for her son, he jumps at the chance to help the pretty widow and her adorable child.

Aimee, fighting to make ends meet in the face of Luke’s illness and single parenthood, doesn’t like this interception with Seth. He may not remember her now, but Aimee knows in time the truth of Seth’s accident will come out. How can they continue a relationship, build a new life together, with this between them? AMAZON