Christina Rich, a mother of four children, a grandmother of one, is a romance author with Harlequin’s inspirational line, Love Inspired, Forget Me Not Romances, and is currently working on several non-fiction books. She is an associate pastor at Flame of Fire Ministries in NE Kansas and has taught classes on breaking word curses and breaking ungodly soul-ties. Her ministry, one she participated in with her husband before he graduated to heaven, focuses on reconciling people to God through Jesus Christ, helping equip the saints for spiritual warfare, and preparing them for the return of Jesus. Besides ministering and writing, she loves painting and taking pictures. You can find more about her and her books at threefoldstrand.com 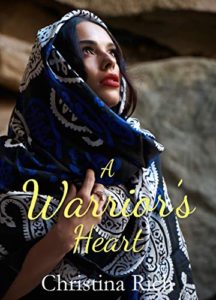 He Was Hers to Command

Swept away from her home and into the desert, Abigail is as much a prisoner as she is a princess. A ruthlessly ambitious captain of the palace guard intends to force her into marriage and rule Judah through her. Yet the badly beaten soldier Abigail rescues offers another choice—if she dares trust him.

She is royalty, yet Jesse is surprised by the gentle compassion Abigail shows him as he heals. In return, he will help her escape to Jerusalem, protecting her life with his own. But Abigail’s rank and Jesse’s deadly past makes any future impossible, unless forgiveness forged by love can triumph over all. AMAZON

With no brothers to carry out her father’s legacy, Sh’mira, the maimed daughter of a prosperous farmer, must marry a man willing to leave his home. However, the only one who does not scorn her disfigurement is Ariel, her father’s bondservant.

In exchange for his freedom, Ariel’s master offers him Sh’mira as a bride and the rights of a firstborn son, but the former Commander of the Temple Guard cannot accept the honor. He’s bound by a vow to protect Judah’s future king from the child’s murderous grandmother, but when the queen’s guard attacks the tiny village he’s been hiding in he finds he cannot leave his master’s daughter. AMAZON 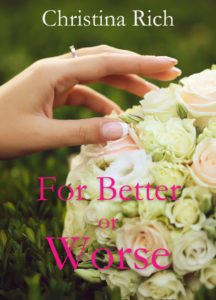 Levi Turner has been just fine working for River Valley’s Volunteer Fire Department and caring for the town’s home-bound folks, until his old high school flame shows up and makes him want to live again, something he hadn’t really wanted to do ever since the car accident caused by his twin brother, which tore their small town to pieces, but he doesn’t know if he can let the past, plagued with bitterness, go in order to grasp hold of a future with her.
Casey Johnson never intended on returning to River Valley, but her aunt’s upcoming surgery gives her an opportunity to keep a promise she’d made to the man responsible for her sister’s death as well as give her the chance to tell the man she’d hoped to spend the rest of her life with about their son. But if he can’t forgive his brother, how can he forgive her? Will they move beyond their hurts and reach for a happy ever after, for better or worse? AMAZON 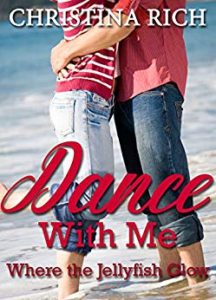 When Ettie Mae Porter was fifteen her mother abandoned her and her father uprooted her and moved her to Kansas. Ten years of pain and rejection has left her heart scarred and searching for a place to call home. After she receives a phone call about her grandfather’s passing, she returns to her childhood home only to find old friends waiting to break through her impenetrable walls of anxiety. Their overwhelming attention has her on the edge of freaking out and ready to run back to Kansas.

Jackson Lee Davis has never forgotten the carefree girl he loved as a teen and intended on marrying after she graduated high school. When she shows up unexpectedly at his father’s hotel, due to his sister’s scheming, he can’t help but swoop in and rescue her. Unable to help himself, he falls right back into the role of a suitor and tries to convince her home is in Biloxi with him, but first he has to convince her that romance isn’t just a script written for movies, and hope like crazy she’ll believe love is possible, especially between them.  AMAZON

When Eliana Sims returns home for Christmas she tries to ignore Doctor Benjamin Northrop, the man she’d left standing at the altar nearly two years before, but when she receives an urgent letter, the secret she’s been keeping from him is bound to come to light. Can the doctor convince her of his love and have a family for Christmas? AMAZON

Noah Danner’s volunteer work at the VA in Silverdale dims his vision for the future, until a careening pink VW driven by Jade Bentley changes his course—proving the heart is ever hopeful for love’s uplifting influence. AMAZON

Although he was forced to leave town and his bride of a few days after the death of his father seven years before, Pinkerton Agent Ethan Wyatt jumps at the opportunity to go under cover and investigate the murders of some of T-Town’s elite with the hope of finding his father’s killer and clearing his wife’s name all before his true identity is discovered?

After the slanderous gossip surrounding her marriage and the death of her father-in-law, Sadie kept her daughter and her medical skills a secret in order to fall in line with the expectations of her father and the more prominent folks of T-Town, but when a villain falls prey to poison while in jail, Sadie rushes in to try and heal him so he can stand trial for his crimes and ends up kidnapped, along with her daughter.

After the death of her father, Lettie Ryan is determined to find out the truth and clear her father’s good name, but after her brother is in a similar accident, she wonders if she’s gone too far.

Detective Dax Sawyer has kept his distance from his former fiancé, but when she becomes a target for the mob, he refuses to leave her side.

Can they work together to take down an elusive mob boss before it’s too late? AMAZON

When Detective Ian McTavish takes on an undercover assignment at Worthington Estate to catch a thief the last person he expects to help keep his secret is his former fiancee, a woman who broke his trust and the very reason he left high society.

Addie Maxwell is trying to find contentment as her aunt’s companion and the lady’s pet monkey’s caretaker, but her days are numbered as she must soon marry a man of her uncle’s choosing, a man she despises. When she discovers her former fiancee at Worthington Estate, she remembers what it was like to love and be loved.

Can she earn his trust and remind him of the happily-ever-after they had hoped for? AMAZON

After Preacher Avington Carver receives a petition of divorce from his marriage-of-convenience wife, he knows he must resign his position as Hopper Falls’ pastor and return to Boston and weather the scandal, but when his congregants are attacked and murdered in their sleep, he’s left caring for their orphaned children and is need of a wife.

Hezekiah Parry has given up hope of marrying, and is quite content being a motherless spinster, but when Ave makes a promise to a dying woman she begins to hope for a family of her own. AMAZON

Pinkerton detective Garrison McGuire is a man on a mission: find his orphaned nieces, ensure their well-being, and return to Chicago’s darkest alleyways where he can appease his conscience. Unfortunately, he can’t help the pull he feels to the woman who gambles, misquotes scripture and rescues orphans.

Darbigal O’Donnell never had much use for God after her parents traded her for a pick-axe and a shovel, but that doesn’t stop her from carrying on the legacy of the godly man who rescued her from a life of prostitution by saving young girls in similar situations, even if it means breaking the law. When she robs a train on its way to Coaly Creek and shoots the wrong man, she begins to discover there is more to life than revenge.

Can this hard-edged detective soften enough to admit his unconditional love to the outlaw who won his heart and the children she protects? AMAZON

When Janie Mason agrees to write editorials featuring the eligible bachelors of Hopper Falls, she hopes for an opportunity to write about the injustices plaguing their free-state community and the man whose family is responsible for instilling fear in the hearts of good folks. She never thought she’d find herself in a compromising situation with the object of her disdain.

No stranger to the gossip-mongers, Alec Dunn knows the best course of action is to pay them no heed, but when the object of the town’s pointing fingers is cast from her home, his sense of honor demands he rescue her, even if it means taking her hand in marriage. AMAZON 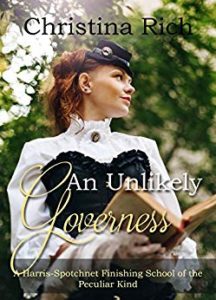 Bernadette Chambers has one last assignment before graduating Harris-Spotchnet’s Finishing School of the Peculiar Kind, and unfortunately, she’ll need more than her training has prepared her for when it comes to being a governess to a small child who witnessed her father’s kidnapping, but her lack of preparedness with the child is nothing compared to the sparks ignited by the child’s uncle and his desperate desire to keep his niece safe.

Retired Society Agent Isaac Clanton Willoughby, knew his brother was on the verge of a scientific breakthrough to cure a disease that took his late wife when he disappeared days before the cure was to be unveiled at Andropogon’s Worlds Fair. Now it’s up to him to discern his brother’s secret codes, find out who took him, and ensure his niece’s well-being by hiring the perfect governess without becoming distracted by her beauty and intelligence. But when he discovers nothing is as it seems, can he push past his reservations and trust the woman to help him unravel the mystery left by his brother before it is too late? AMAZON 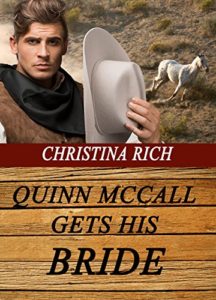 Deputy Quinn McCall has spent the last two years waiting for his wayward wife to return home, and when he discovers the real reason she left him, he wonders how she’ll ever forgive him for placing a bounty on her head.

Sadie McCall didn’t think she’d ever return to Drover’s Pass, but she can’t deny her father’s dying wish to be buried at the home he’d built with his two hands, even if it means she’ll end up behind bars before she can tell her husband her biggest secret of all. AMAZON