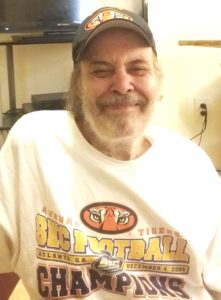 Chris Stevenson is a native Californian presently residing in Sylvania Alabama. His career has spanned such occupations as automotive mechanic and service manager, government police officer, amateur paleontologist, and newspaper reporter and editor. At the age of 26 he discovered Twilight Zone Magazine and got the urge to write short stories. Shortly after, he entered the L. Ron Hubbard Writers of the Future contest and placed amongst the finalists. After a whirlwind of initial successes, including his enlistment into the Science Fiction Writers of America, and then a grand prize win for a YA novel, he put pen and paper aside to follow other pursuits. He has just recently taken up splashing ink again, publishing novels and short stories. He has published in nearly every genre and category in the literary field, except for that illusive screenplay, which he hopes to complete someday. 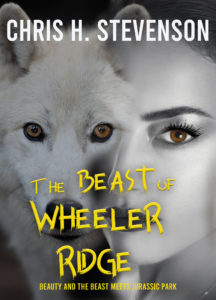 A beast who will stop at nothing.

Seth Anson, a lovelorn forest ranger, never thought that he would shoot the first eligible woman he met after his divorce. Nor did he think that he would fall in love with her after nursing her back to health. But he certainly isn’t prepared to find out that she is the result of a DNA cloning experiment gone horribly wrong and, is in fact, a hybrid human/wolf.

It all comes to a head atop Devils Tower Wyoming.

The Beast of Wheeler Ridge examines the lurid morality issues that are dealt with in The Island of Doctor Moreau, while exploring the theme of forbidden love as can be found in Beauty and the Beast, only with the gender rolls reversed. Twenty-one-year-old Daryl Victoria and her fiancé, Dean Fowler, a rookie detective who has been working on a serial killer case that involves the murder of five high school girls, are parked in their car for some frolicking when a carjacking goes wrong. Both are gunned down. Daryl takes a bullet in the face, and as a result of the damage, needs a corneal transplant. Dean has been shot through the lungs. They’ve been ordered to quit work, heal, and recoup. Dean suffers a nervous breakdown as the murders increase and he is powerless to help, coupled with his guilt of having placed his bride-to-be, Daryl, in harm’s way in a seedy little lovers’ lane.

Daryl finds out that her transplanted eye is causing what she thinks are hallucinations. She begins to see what she believes are glowing angelic escorts and rancid death stalkers who are following persons of the general populace. When these supernatural beings get too close, the person they’re following dies within a short period of time. She discovers there’s a mysterious formula to the manner and timing of the deaths.

Daryl discovers that the donor for her new cornea was a 14-year-old gifted medium with some heavy duty clairvoyant powers. Only sparse information can be gleaned from the young girl’s mother since the daughter has died in her own mysterious way.

Daryl’s good eye sees the normal world. The donor eye sees a totally different realm with its own rules. With the help of Daryl’s best friend, Abbey, they embark on a mission to use the gift and try and save lives. But Daryl has a better plan—she can stop the serial killer by using her, gift, brains and looks. All it will take is an ingenious trap. First, she has to find out how the killer is gaining access into the homes. Then she has to use herself as bait and stop this madman at any cost.  AMAZON 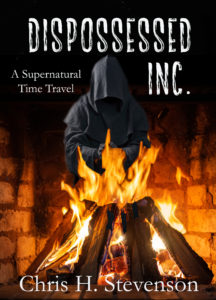 Even Jimmy Hoffa wouldn’t have believed that the ghost realm could have been unionized.

The League of Paranormal Cooperation and Studies is nearly 300 years old. It’s run by a clandestine organization deep from within the bowels of Homeland Security. According to the Declaration of Codependence drafted by the clergy in 1634, ghosts are restricted from committing wanton acts of property damage, trespass, and psychological or physical harm to humans. They are quarantined in district wards under the umbrella of the United States Guild. These facilities number in the thousands and go by the front name D.I. Foster Care and Adoption, better know as Dispossessed Incorporated.

Remy Hargitay and his wife, Phaedra, are sterile. Their fondest wish is to hold a loving child in their arms before the stress threatens to torpedo their marriage. Fortified with a ferocious resolve (and a fringe hangover) Remy visits the D.I. Foster Care and Adoption Agency to pick up an application. Only he brings home more than an application. He’s duped into signing a contract that enlists him as a “Guardian”, shackling him to three mischievous ghosts—a Chicago gangster, a New York prostitute, and a drug-crazed hippie. Unknowingly, Remy has just been recruited into Dispossessed Incorporated. His mission: hitch a ride “downstream” in time with each subject and perform a “death-stop” intervention. If he fulfills the contract, he will be awarded the foster child of his choice. Yet, the consequences just might change the history of mankind forever.

But Remy is unaware of how many times he and his wife will have to lay their lives on the line for the sake of the missions. Nobody told him that it was normal to die tragically during an intervention, only to be resurrected by something called a Dark Herald. And, really, someone forgot to tell him that performing the three “death-stops” would alter and impact the future timeline of all humankind in a way that Remy never expected.

But when the agency murders his wife, forcing him to perform a death-stop on her, all bets are off!  AMAZON