A believing Christian, seasoned by Providence, Ann writes about real women facing deadly situations. That’s no fiction for many. But suspense, unlike romance and a faith filled life, is best kept between the pages. Tucked securely inside the D.C. Metro’s outer reaches, Ann keeps busy when not writing with her husband of 30+ years, three grown kids, and a spooky little kitty named Boo. She’s a member of RWA, ACFW, and InkedVoices 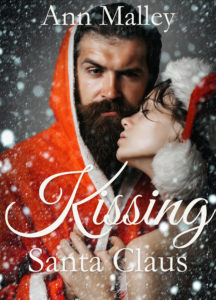 Worst mistake or the best thing since Adam woke up to Eve?

Career climber, Victoria “Tori” Barkley lied about being married to keep promotions coming and offers best refused off the table. A girl’s gotta eat and eat well. But when her mistletoe mistake—a Finnish meat bus with a full beard and hair to spare—presented himself as Santa Claus with a tempting sprig, instinct said, “YES!” And with all the passion she’d pent up far too long.

Must be why she got pregnant!

But when Edvin Arn Auliksen, shunning career crazies and gobs of cash inherited by a family whose lifestyle he hates, discovers he’s a father, the high-mountain hermit swaps snowy peaks for New York City. Victoria won’t get away with her lies. Or her attempt to have a fake “husband” show up at a corporate Christmas party where he’ll be paid to make a scene and quietly agree to a divorce. Edvin will play that part but with a different end in mind.

The question now is if Victoria will recognize her baby’s father. Tall as ever. Clean shaven. Mountaineer skills and rippling muscles wrapped in Armani instead of red velvet. The meat bus is on a roll. And he’s not stopping until he secures a very Merry Christmas. For his baby girl and Victoria, the only woman he ever thought of marrying. If she’ll let him. AMAZON 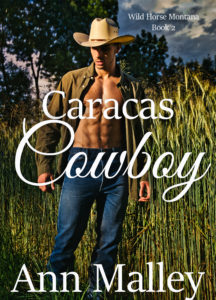 Sarah Jane has a life, a hidden one she can’t help but compare to the romance novels that have helped her overcome childhood disappointments. And the adult variety that left her married to a failing pie shop/tavern.

But with a big, bad secret she dare not share in gossip central—small towns are the worst—romance novels are the lesser of two evils. Aren’t they?

Brazilian billionaire, Vidal Herrera, is determined to test that theory when the obligation to clean up the mess he’s created spills over into Sarah Jane’s beloved safe space. Wild Horse, Montana. But can he ignore the tasty, plus-sized pastry who once shut him down? The same savory dish Providence seems determined he should take home.

Find out in Caracas Cowboy, Book 2 of Wild Horse Montana. A small town determined to make its mark! AMAZON 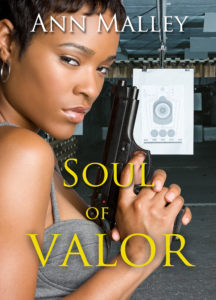 An old beau or a scourge come to despoil Nina Benoit’s empty nest?

Valor Investigation receptionist, Nina Benoit is forced to confront her shady past, and the billionaire playboy who devastated her family back in Belle Chasse, Louisiana. Daire Warren’s sudden appearance in Mapleton, VA—the sleepy little burg outside D.C.’s famed beltway where Nina has sought peace—can’t be coincidence.

So much for laying low.

With nothing but protection on his mind, Daire Warren must convince the sharpshooting Nina—the only woman he ever regretted when circumstance pressed him to give her up—that he harbors no ill intent. Staring down the barrel of her Walther PPS, sick as it seems, only makes this undercover agent for CIA’s Overlord project want her more. But circumstances remain: dark, inexplicable without the highest security clearance, and deadlier as ever.

Can this once power couple turned powder keg work together? They’ll have to. In the aftermath of her father’s sketchy suicide and with Nina’s only son in the cross-hairs, she’ll do whatever it takes. At least that’s what Nina tells herself when feelings she’s repressed for nearly twenty years threaten her with a truth more dangerous than a CIA mission gone awry.

Soul of Valor is a two-hour romance short read intended for all ages. Men and women. The action never stops and neither does the self-revelation. What’s reading without a little introspection? Follow this single mom through the rigors of empty nesting, revisiting her true self, and coming to terms with what it means to get on with life.

Loving doesn’t come easy, but who wants it to? AMAZON 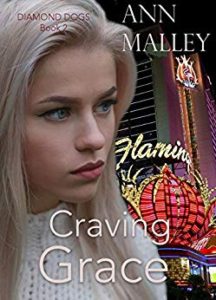 Grace is a gift, not just a name. Blackballed intel analyst Gracie Snow, cursed with a vile temper despite her sweet packaging, is in short supply. So when an FBI sting goes bad, she’ll take her chances. Save the world? Restore her name and avenge her brother’s cruel disfigurement? You bet. Jay Sykes, her brother’s former best friend, will not stand in her way. The Army Commando derailed her career once. Older and wiser she’ll handle her new partner and the terrorist making a habit of crossing her family’s path.

She’s not the little girl tagging after two boys intent on shutting her out.

But grace is a tricky thing, and God works as He wills when using all things to the good. Including Gracie and the one man she’d foolishly thought could never touch her heart. From Las Vegas to D.C. to the stormy coasts of Scotland, the bullets, bombs, and assassination attempts never let up. And neither does the temptation for Gracie to take her revenge despite the undercover kisses that prove she’s not made of stone. Can Jay save her from herself . . . or is that for himself? Losing her again might just kill him. AMAZON

God only gives you what you can handle, right? So single mom Angel Le Blanc knows she can make it through the nightmare of post-rape PTSD. She has to. The sadist who fathered her child will strip her of everything if she doesn’t keep her mouth shut. But when Angel’s framed for terror trafficking and marked for murder, she knows she needs help.
The flesh and blood kind.

Roham Arshad, the CIA’s contribution to the Diamond Dog black ops task force, isn’t convinced Angel is innocent. Trusting comes hard since Angel dumped him like a hot rock to have another man’s child. An innocent who could drive them apart once the truth is uncovered, and the secret of the baby’s paternity is revealed.

With terrorists trailing their every move, they could all end up dead. Unless they learn to trust in the promise of faith and family, holding on until the nightmare is over. AMAZON

Widowed too young, childless, and hurting for money, Leigh Ann Lacie leaves the city behind and travels back to her home town of Wild Horse, Montana. She hadn’t planned to bump into her high school sweetheart Frank Ferguson, now the famed Rodeo King. Fame is something she never wanted. It killed her husband.

Frank never quite got over Leigh Ann’s rejection when he proposed marriage all those years ago. Though he’s riding high on his career as a rodeo star, he’s bitter at her return. When his flighty sister dumps her twin toddlers on him, Frank makes Leigh Ann an offer she can’t refuse: to care for the children in exchange for financial aid.

Leigh Ann won’t rekindle the rocky romance with her old flame, but she has a secret reason for needing money – a secret that would devastate Frank if he knew.

As for Frank, he lives for a challenge. He won’t rest until he learns what brought Leigh Ann back to Wild Horse – and why she wants to leave again… AMAZON