2010 ACFW Carol Award winning author, Alice K. Arenz, has been writing since she was a child. A member of American Christian Fiction Writers, her first three novels were honored by two finals and one win in ACFW’s Carol Award: cozy mysteries The Case of the Bouncing Grandma (a 2009 finalist), The Case of the Mystified M.D., (2010 winner), and mystery/suspense Mirrored Image (a 2011 finalist)–all re-released by Forget Me Not Romances, a division of Winged Publications. Her newest book, a mystery/romantic suspense, An American Gothic was released in August 2015. Visit her at her website www.akawriter.com . 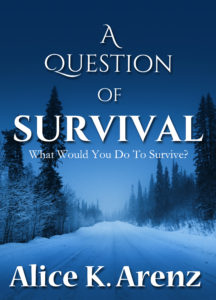 A victim of domestic violence, Jessica Keller’s recent miscarriage has her re-evaluating her life and questioning why she’s remained in this damaged relationship. A reconnection with her best friend, and the unexpected “gift” of therapy sessions from her father, bring hope for the future. But what she perceives as the sign she’s been praying for ends up an even greater test of survival—where surviving the present is dependent on facing the past. AMAZON 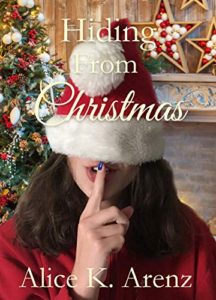 No matter how hard she tries, Maddie Kelley can’t seem to fit in at Ornamental, a company founded by her great grandfather and his best friend. Now, after yet another screw-up, she’s been sent into the “enemy’s” camp—two hours away from home for the next two months.
A punishment or a blessing?
Her life is turned upside down when the mundane turns unexpected, and she finally discovers where her heart truly lies.

This is the fourth novel set in the fictional Missouri community of Tarryton. Come visit old friends and make some new ones!  AMAZON

Determined to get justice for the brutal murders of her parents twenty years ago, Kelsey Carol returns to the scene of the crime—Seaton, Missouri. But what she quickly learns is that every clue brings more questions than answers. And, nightmares really do come true. AMAZON

Riley Carr has been best friends with Amy Lawton since they were toddlers. While Amy awaits her discharge from the Army, Riley’s been left in charge of helping to arrange “a very small, intimate ceremony with no fanfare” for Amy and her fiancé. But, Riley has something else in mind.

With the aid of two other friends, Riley presents her “wedding barter” idea to groom, David Herron. He agrees, providing best man, Mike Todd, stays in the loop to keep things from getting out of hand.

It doesn’t help that the giant of a man is threatening, overbearing, and just doesn’t seem to like her or her ideas. But, when Todd gives Riley an ultimatum of producing results in three weeks or he’ll take over, she’s determined to prove him wrong. . .in more ways than one. AMAZON

Not even a beautiful woman can save Richard Tanner from his past.

Following an explosive—and public—argument with his ex-girlfriend, artist Richard Tanner, gripped by a powerful migraine, races into a rainstorm. He wanders to the gazebo in University Park, where he meets the beautiful and mysterious Jenny—a brief encounter that leaves an indelible impression on his mind—and in his paintings.
When Detective Jack Hargrave accuses Richard of the brutal assault on his ex, he finds himself confronting demons of a past he doesn’t remember. A time when little Richie Tanner walked into University Park whole, was beaten and left to die…a time that may hold the key to his future.

Devastated by the death of a child in her care, Lyssie’s heart strings are tugged when she finds another child in danger. Amid past secrets, lies, and betrayals of an old college friend’s family, she must choose a twin brother to trust. If she makes the wrong decision, she could not only lose her own life, but also the life of the child she’s come to love AMAZON

The new, beautiful little subdivision of Serenity View isn’t all it’s cracked up to be—unless you’re talking about the sheetrock, driveways, or foundations of the houses! There’s more hidden behind the walls in these houses than skeletons in the proverbial closet. But home builder and contractor Bubba Payton has met his match. And when he’s found dead in his prized pecan grove, there are more than enough suspects…maybe even the crows that live in the grove! AMAZON

(Previously published by Sheaf House)
Has Glory hit her head one too many times, or was there really a foot dangling out of that carpet?

Reduced to watching new neighbors move in as a form of amusement, Glory Harper is stuck in a wheelchair with a broken leg, bored, and itching for some excitement. She just doesn’t expect it to come in the form of a foot dangling out the back of a carpet as it’s carried into her new neighbor’s house. The problem is getting someone to believe her.

The moment police recognize Glory as the woman whose misadventures have given her a sketchy reputation, her believability quotient lowers considerably. Just when she thinks someone’s taking her seriously, Glory realizes Detective Rick Spencer, a Harrison Ford look alike, appears more interested in her than in her story.
But, while she’s looking in what seems the obvious direction to solve this mystery, the real criminals are hot on her trail.  AMAZON

First a foot, now a hand—what body part is next?

When her puppy finds a severed hand on a walking trail, Glory Harper is positive the signet ring belongs to a missing college professor who caused a lot of trouble around town before his disappearance. Her insatiable desire to solve the mystery of his murder finds her in over her head with a community filled with secrets, blackmail, and arson.

With her sister Jane overwhelmed by trouble with her fiancé and an arson fire in her home, Glory latches onto an unlikely partner, and soon feels as though she’s stepped into an episode of the Twilight Zone—where nothing is as it appears, and danger lurks around every corner . . .

Including from her boyfriend, Detective Rick Spencer. AMAZON

Their faces were the same, will their fates be as well?
Eccentric newspaper columnist Cassandra Chase and by-the-book Detective Jeff McMichaels clash over the murder investigation of Lynette Sandler—a woman who looks eerily like the popular columnist.
For McMichaels, the Sandler case becomes more than a test of his mental acumen. Despite departmental regulations and his own common sense, he finds himself drawn to a woman he was determined to dislike. While he and the department are hunting a murderer, Cassie sees the uncanny similarities between her and Lynette’s lives as a reason to launch her own investigation—and what she uncovers gives her the sneaking suspicion that she, not Lynette Sandler, was the murderer’s original mark. She just needs to stay alive long enough to prove it. 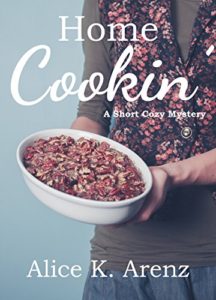 The new, beautiful little subdivision of Serenity View isn’t all it’s cracked up to be—unless you’re talking about the sheetrock, driveways, or foundations of the houses! There’s more hidden behind the walls in these houses than skeletons in the proverbial closet. But home builder and contractor Bubba Payton has met his match. And when he’s found dead in his prized pecan grove, there are more than enough suspects…maybe even the crows that live in the grove! AMAZON