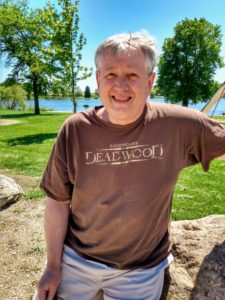 My wife, Susan and I have two sons, Justin (Kayla) and Jeremy and a grandson, Aiden. Born and raised in South Dakota. I enjoy spending time with family, traveling and putt-putt.  I am currently the managing editor of a small town Iowa newspaper. I am a former Marine Corps veteran, getting my start in the publishing business in 1981 working for several years on base newspapers. I spent time running my own freelance business. I love writing. I enjoy reading anything and everything. I also love the history of our country and enjoy reading western books, mystery and adventure and watching mystery, adventure and western movies. 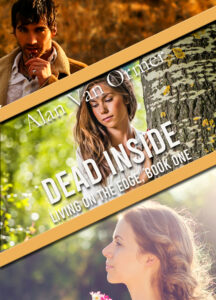 Myles Cason took the fall for a hit-and-run accident in high school serving prison time. He’s hunting the man who framed him.

Beautiful Willow Konnor is tired of a loveless relationship. She’s searching for a man she can give her heart to and will love her for her.

Sixteen-year-old Brielle Halter knew at a young age the man her mother married was not her father. Her dream is to have a meaningful relationship with her real father.

When the three finally meet their lives start to turn for the better. If only others would allow them to have a life they wanted. AMAZON 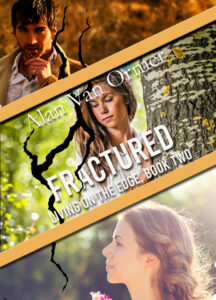 Devastation hit the Cason family when a bomb exploded at their wedding ceremony killing thirteen people and almost taking the life of Myles Cason’s wife, Willow. Now the president of the United States wants him to run a task force. And his wife has an opportunity to fulfill her dream of becoming a judge.

Fractured is the second book in the Living on the Edge series that sees a family come together after a devastating act of terrorism almost destroys loved ones and weave their way through difficult choices as a family. AMAZON 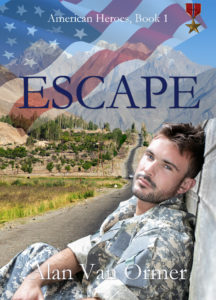 General Swallow glanced at Taylor. ““Now it leads us to your father. While they tortured the hell out of him, one American woman did everything she could to save him. Her name, Jill Scholten. She had been shipped over to Afghanistan through your father’s sex trafficking ring. The woman told Reb everything during several conversations, and he promised her he would get her out of there. Reb thought your father’s organization had raped her and killed her, so he resigned from the Marine Corps and went after your father.” 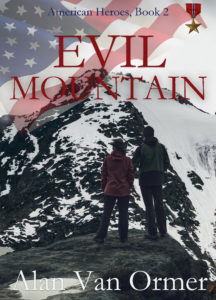 Reb started to say something when they saw the bear, and it wasn’t just any bear.

They watched as the bear raised up on its haunches. The brown bear stood at least ten feet high. “Shit,” Reb said to himself. The Mansi started throwing their spears at it from a distance. The spears weren’t even close. They spun around to run away.

They stopped and stared at Reb. “The bear will kill you.”

They screamed as the bear charged after them. The dogs growled at the bear, and the Mansi backed away.

Reb thought to himself, “If we get out of this, I’ll jump in the damn river naked.”

The bear threw one of the Mansi aside. Reb ran over to him to make sure he was alive. Dead. Reb glanced up as the dog assigned to him went after the bear. The bear went toward the dog. The dog stood its ground while the other dogs and Mansi scrambled further back.

The bear moved closer to the dog. Reb ran over to the bear and shoved his spear into its back. The bear let out a roar that shook the ground. He came after Reb in a hurry. Reb tripped as the bear gained ground on him.  AMAZON 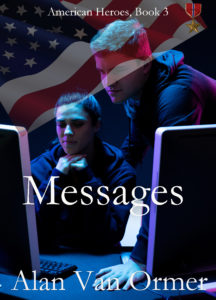 Taylor pointed the weapon at the professor. Tears streamed down her face at seeing Reb hanging like he did. His face beaten and swollen and bruised. Violence marked his whole body. Was he even alive?
“Don’t think what you’re thinking. He is the strongest person you know,” Chloe whispered.
“Why, professor?”
The professor spun around. “Back off, Taylor. I’ll kill him.”
“Why? What did he ever do to you?”
“What did he do me? Plenty. He screwed my mission to find those damn ciphers. He got me drummed out of the Marine Corps.”
“That’s not his fault you were acting like an idiot.”
“I’m telling you to back off or I’ll shoot him.”
“That will never happen, Flood. I’ll never allow you or anyone to take Reb from me again.”
Flood snorted. “How did you get in here by the way? It must have been that damned Loki. I should have killed him when I had the chance. If nothing else, he finally put your father out of my misery.
Loki has been filling Reb up with some concoction that prevented him from answering my questions. Now that I got rid of Loki, it will just take a bit to revive Reb.”
“I asked you to step away, Flood. I’m not asking you again.” AMAZON 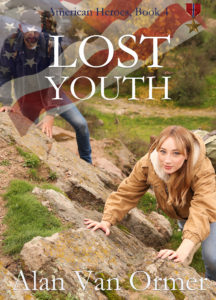 Reb glanced over at Orville. “Dump him.”

“What? Wait. I know a way to get up there without being seen.”

The man explained about a hidden door behind a group of rocks which was used as a quick escape route.

Reb nodded. Orville pulled the man up, then Reb knocked him out.

Reb gazed at Orville. “Here, help me tie him and gag him.”

Orville frowned. “I liked the idea of dumping him over the ledge.”

Reb grinned. “I was tempted.”

Reb smiled at Orville. “Taylor is trying to make a better man out of me.” AMAZON 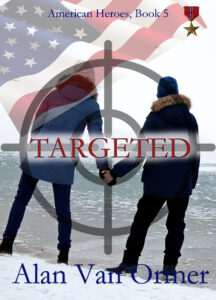 Assassins are coming after the McKittricks and their closest friends.

Why? It’s up to Reb and Taylor to figure it out before the lives of those who are close to them are taken.

Targeted, the fifth book in the American Heroes series, follows the McKittricks into countries in the Pacific Rim as they try to find ways to help the United States prosper as well as protect their loved ones from those who want to destroy the nation. AMAZON 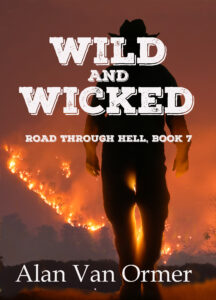 Rye Tyler was a broken man who had finally done the unthinkable. His wife, Blanche, was close to death. And it was his fault. He had known it would always end this way.

What would he do next? He couldn’t go back. He couldn’t face the one he loved because of a knife that pierced her chest. Oh yes, she was alive. But would she want him anymore? Would she still love him?

The only thing left was to become the man he dreaded the most – the killer who had no remorse. After he destroyed everyone who harmed his family, would Blanche forgive him? Or was it the end?  AMAZON 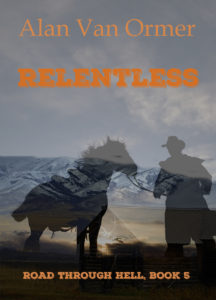 The Cavalry turned but raced ahead. Why? When Rye Tyler felt the shot that knocked him off the Black, he knew the Sioux must have been on his tail. He rolled over and shot the first Indian. The Sioux fell off his horse dead.

Several others galloped toward him. The Black raced up in front of Rye, but a shot brought him down. He dropped to the ground on his front knees, then his hind ones, then rolled over to provide Rye cover. The Sioux stopped in mid-stride, staring in awe.

One Sioux tied a white cloth on his rifle and rode closer to Rye. Rye had his rifle aimed at him. The Indian spoke in Sioux. “Dead Eyes with the ghost horse. We go away. We never see anything like that Black. He protected you in Minnesota. We go. Not fight Dead Eyes and ghost horse.” AMAZON 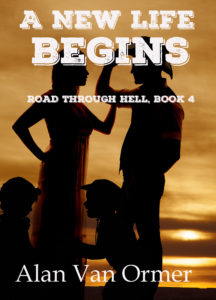 The thrust of Rye’s knife killed Murray instantly. The force of their fight rolled the two of them over the cliff. Murray went flying into the air. Rye hung on to a rock with one hand. He saw his foe crash into the rocks below.

Rye tried as hard as he could to lift his right hand up to hold on with both hands. He tried swinging himself up once, then twice. Nothing worked. His left hand slipped.

Suddenly, Rye felt hands on his left hand. He looked up at Blanche’s face.

“Oh no you don’t, Riley Carson Tyler. I’m not going to lose you now.”

Rye reached his right hand up and grabbed the other end of the rock. Blanche used all her strength to pull him up the cliff. He fell into her lap. Blanche kissed him all over.

“What about Abby and Miles?”

“Isabelle has them. They’re fine.” 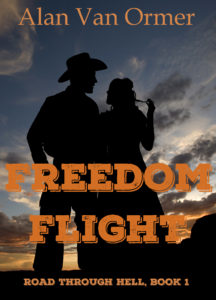 Odds stacked against him

Eleven years after he had been sent away from Minnesota, Rye Tyler returned to his home on a mission of revenge. The young man, who had turned into a spy and a ruthless killer in the Confederate Army, wanted three men for killing unarmed
comrades in a Tennessee prison.

A simple revenge mission turns into a fight for survival against various Indian tribes, members of his former unit, and even his own family. Odds are stacked against Rye Tyler as he battles his inner demons while trying to protect the few people he cares about in the wild west and, more importantly, stay alive.  AMAZON 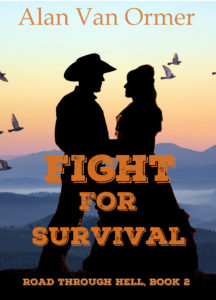 The Indians continued to come like sheets of rain. The soldiers, men, and women fired at the Indians who kept circling. The gallant men and women continued to stand against the onslaught. There were just too many.

A tired Rye Tyler slid down against the wagon wheel. He knew he didn’t have any answers for too many Indians. He looked up at Blanche.

“Rye, you have to rally the wagon. Don’t let them give up.”

Rye glanced at her.

“You are fearless. You have proven it more than once.” She reached up and kissed him. “Be the leader you were born to be.” AMAZON 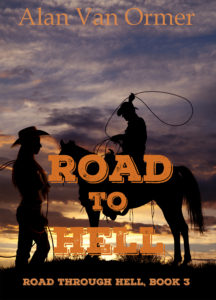 Rye Tyler knew this could be the end once he rode into the Powder River country. Isabelle was dying and he wasn’t sure if Blanche would love him anymore. Their last parting ended on a sour note. The only two people that he cared about in his life he had disappointed once more. Rye Tyler knew he was on the road to hell. AMAZON 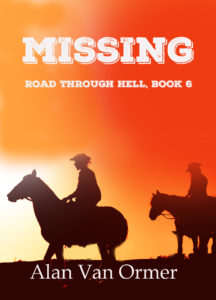 At the voices, Spears spun around. Blanche tried to sneak past him out the door. Spears grabbed her and slammed the knife into her chest and pulled it out quickly. She fell to her knees and felt something warm in her hands. She glanced at blood coming out her chest. Blanche peered up at the man. “Rye will kill you, Jake Spears.”

The man saw the stony glare in her eyes. He hurried out the door.

“What the hell happened?” Wade said racing in. He glanced down at his sister. Saw her cold stare before she fell to the ground.

Spears glanced at Wade Davis. “Find those two young girls.” He peered one last time at Blanche, pivoted, and hurried out the cabin door.

“We’ve looked everywhere,” another voice said coming out of the mountains. “They’re nowhere to be found.”  AMAZON