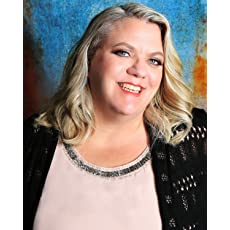 Dianna has always loved to read. When she had poetry published in high school a kernel of desire to see her words in print took root. After marrying the most important man in her life, she attended and graduated college with a degree in Education and a teaching certificate. However, her desire to write intensified during her years of raising a family and teaching the next generations. After discussing her desire to write with her husband, she once again began pursuing her dream of becoming a published author.

Her goal with every story is to create characters that inspire and encourage others to follow their faith. God’s grace, mercy, and provision are more than sufficient in every situation: through trials, through conflicts, through happiness. Each created character brings their faith into the real world to find victory and blessings.

In addition to writing, she is also a mother, grandmother, part business owner, and full-time teacher/learning specialist in the public-school system. 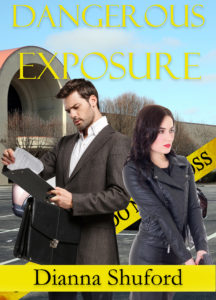 Talking and walking faith is easy when life is going well, but how do you rely on God in the midst of an assailant’s attention? Addison Parker, a resident of small-town Massey, Georgia, works to serve and protect as a homicide detective in the city of Atlanta. Facing burn-out from constant exposure to society’s dark side, Addison vows to locate the newly emerged murderer Jackdaw. This killer, hunting women who serve their community on the Southside of Atlanta, has targeted Addison Parker as his next quarry in this deadly scheme.

Joe Vaughn, a news reporter and newly arrived resident of Atlanta is trying to start over. His mother’s long struggle with cancer and a journalistic mistake left him with a career nearly ended. Skeptical of police procedures after the botched investigation that let his father’s killers go free, he finds his current articles provide the only link between Jackdaw’s murders. Evidence that at first implicates Joe leads to an unwilling alliance aimed at drawing out the killer.

Together Addison and Joe lay a trap to catch the elusive Jackdaw, but become ensnared by each other in the process. Addison, still running from a past relationship gone wrong, and Joe, a backslidden soul still hurting from his parents’ untimely deaths, battle each other in an attempt to deny a budding relationship. Will Addison and Joe stop seeing life through past hurt and betrayal so God can gift them with the relationship neither has dared to dream about? Can they find the killer before it’s too late, protecting Addison from the threat of death? Addison and Joe discover faith through their tumultuous journey together, trusting in Him when the natural world around them falls apart. AMAZON